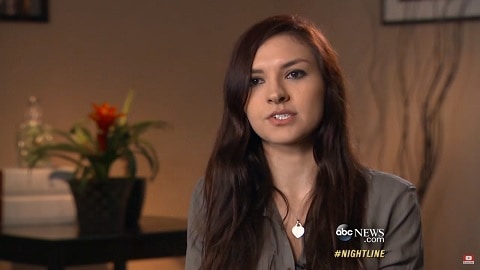 In the first case of its kind on England and Wales, lesbian YouTube celebrity Chrissy Chambers has successfully sued her male former partner for posting online videos of her.

Along with her partner Bria Kam, Chambers is one of the most popular lesbian content creators on YouTube.

32-year-old Chambers sued the man for harassment, breach of confidence and misuse of private information, after learning that the Crown Prosecution Service would not pursue criminal charges, reports the Guardian.

Before she came out, Chambers was in a relationship with the British man. The high court heard on Wednesday that he filmed several videos of them having sex Chambers’ knowledge or informed consent.

Although it has been illegal since 2015 in England to post private sexual images online without consent, the videos were uploaded in 2011. Chambers brought the civil case in March 2016, settling out of court in December 2017.

Today love won, in more ways than one. Our amazing client Chrissy Chambers said it best herself: “You CAN fight back and win. You will heal and move on – and you will not have to take these steps alone”. With today’s win in court, #TimesUp on #revengeporn! pic.twitter.com/fFrgYPk3Fm

Speaking outside the court, Chambers said:

Along with undisclosed significant damages, Chambers was awarded copyright of the videos. She can now pursue any websites that host them. Her ex-boyfriend apologized for his actions.