You are here: Home / Cory Booker Explodes at DHS Secretary for Inability to Recall Whether Trump Said ‘S—hole’ – WATCH 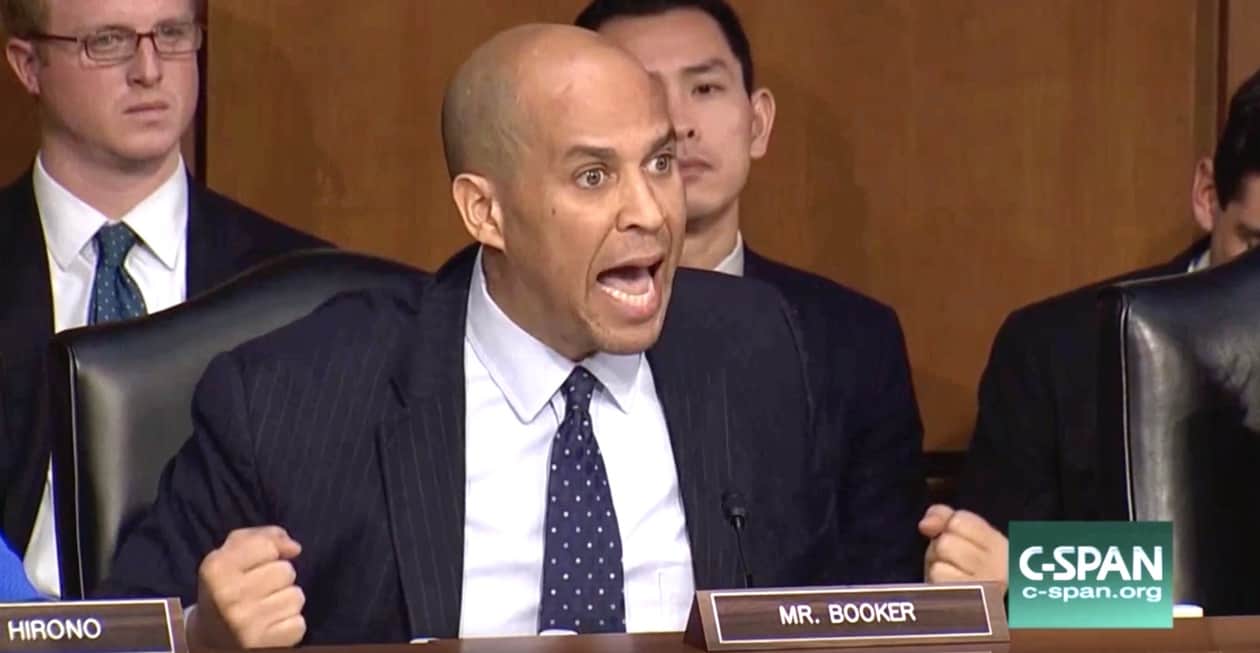 Senator Cory Booker (D-NJ) exploded in rage and disgust at Homeland Security Secretary Kirstjen Nielsen during an extraordinary hearing about immigration over her failure to recall whether Donald Trump called African nations and Haiti “s—hole countries” in a meeting with lawmakers.

Said Booker: “The commander in chief, in an Oval Office meeting, referring to people from African countries and Haitians with the most vile and vulgar language–that language festers. When ignorance and bigotry is alive with power, it’s a dangerous force in our country. Your silence and your amnesia is complicity.”

Added Booker: “When Dick Durbin called me I had tears of rage when I heard about his experience in this meeting, and for you not to feel that hurt and that pain and to dismiss some of the questions of my colleagues … when tens of millions of Americas are hurting right now because of what they’re worried about what happened in the White House, that’s unacceptable to me!”