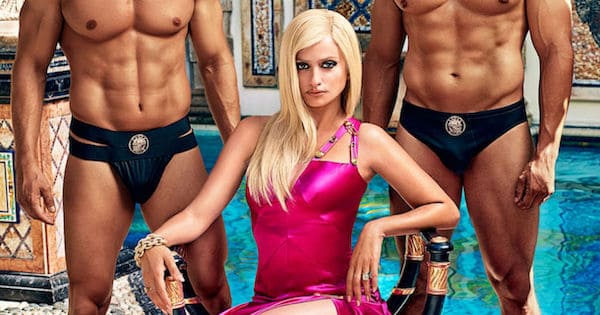 Ryan Murphy and company are hoping lightning strikes twice with a new season of American Crime Story. This installment, subtitled The Assassination of Gianni Versace, focuses on the murder of the fashion icon by spree-killer Andrew Cunanan. The star-studded cast includes Darren Criss, Ricky Martin and Penelope Cruz. Catch the premiere Wednesday at 10 p.m. Eastern on FX, and check out our recaps Thursdays.

Pour yourself a glass of red wine (or just stick a straw in the bottle) for all new episodes of Shonda Rhimes’ hit shows Grey’s Anatomy, Scandal and How to Get Away with Murder starting at 8 p.m. Eastern Thursday on ABC.

The Golden Girls are back. No, not those ones, Grace & Frankie. Lily Tomlin and Jane Fonda return with a new season dropping Friday on Netflix.

Television’s best portrait of contemporary living in New York City, High Maintenance, returns to HBO for a second season Friday at 11 p.m. Eastern. The anthology series follows a pot dealer (known only as “The Guy”) and the assorted characters and customers he meets along the way.

Hot off his latest bop and slick video, Troye Sivan takes the stage at Studio 8H as the musical guest on this week’s Saturday Night Live. Jessica Chastain takes the hosting reigns 11:30 p.m. Eastern on NBC.