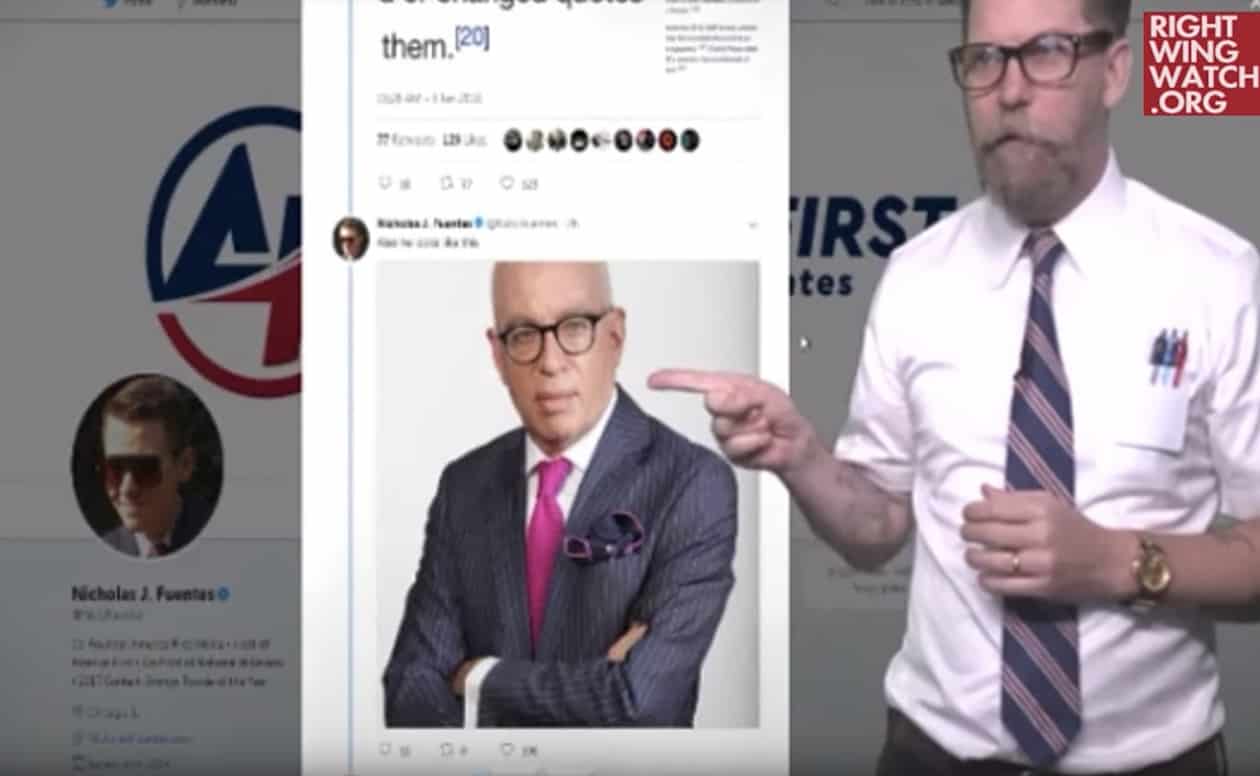 VICE Media co-founder turned CRTV host and leader of the far-right Proud Boys fraternity Gavin McInnes says Michael Wolff, author of the explosive new book Fire and Fury: Inside the Trump White House, is not credible because he has “gay face.”

Said McInnes: “Why are we assuming that Michael Wolff is good at his job? Have you ever seen Michael Wolff? Now, this isn’t a fact, this is just my theory, but he has a gay face. And there’s nothing wrong with being gay, obviously. Chadwick Moore is a wonderful gay, so is Milo Yiannopoulos, but he appears to be a closeted gay and my experience with them is that they tend to be sociopaths. They have a lot of bottled up sexual rage and they want revenge on the world. I don’t trust these stories.”

Adds McInnes: “Does that face look a little gay to you? I mean, it’s the lips. That kind of a pocket square, I wear it sometimes. I have slept with hundreds of women. So you have to either be a pimp, or a pussy. Seriously, though. Look at his demeanor. Am I crazy? Does that look like a closeted gay man to you? Only black guys and me can get away with that kind of color scheme.”