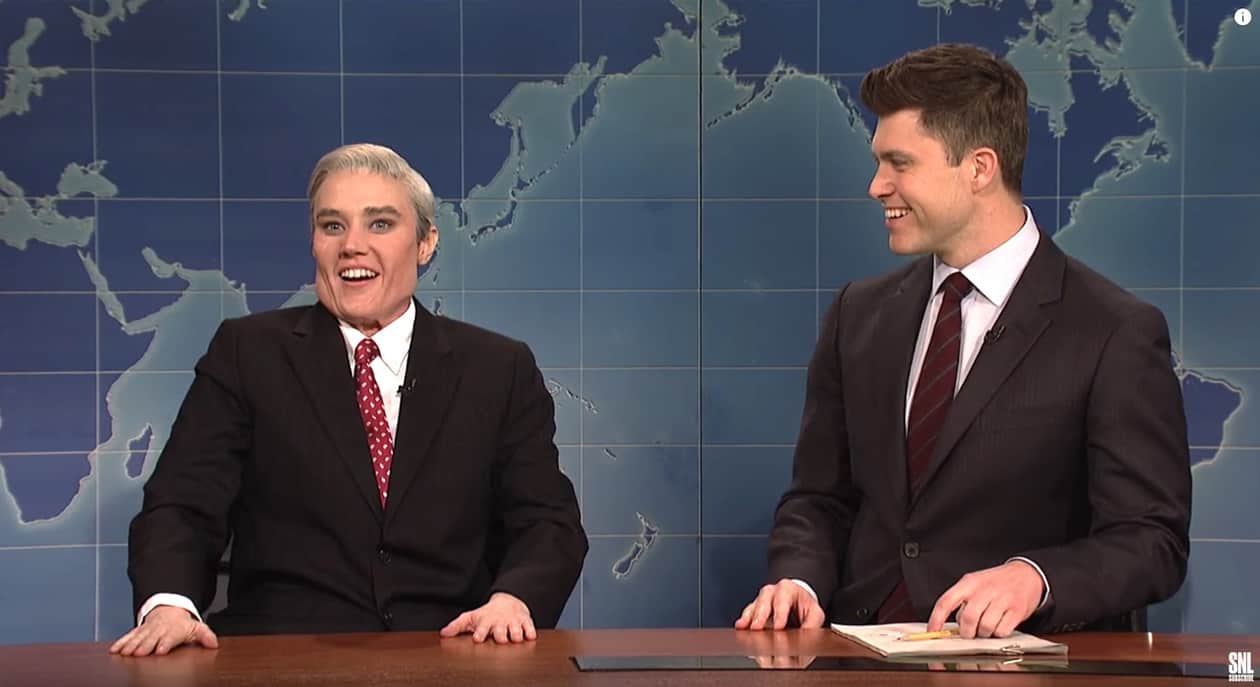 “You look great, thanks for being here,” says SNL Weekend Update’s Colin Jost to Kate McKinnon as a very coy Special Counsel Robert Mueller, who isn’t giving away any of his secrets.

Says McKinnon, making her first appearance as the prosecutor investigating the Trump campaign’s involvement with Russia: “I just wanted to assure the American people that our investigation is progressing smoothly. We’re looking forward to a timely and orderly conclusion….I wanna tell ya so bad, but I can’t. I’m having a blast, man.”

Mueller’s hiding something really big, but he just can’t say anything, though he really wants to:

“You just wait. You’ll see. Situation’s under control. You gotta remember I have actual footage…You know what, I want to tell you so bad, I can’t. It’s gonna be fun…”

McKinnon’s Mueller battles with himself to not give anything away, but gasps, “Don Jr. he wrote in his Venmo description, ‘Russia’ …No! I can’t.”

“What happens if Trump fires you?,” asks Jost.

“It’s a little late for that,” McKinnon’s Mueller responds. “The cat’s already out of the bag. And the bag’s full of… how do I say this? Michael Flynn’s wire taps.”

“Can you give us any sense of how this all ends,” asks Jost.

Replies Mueller: “You know how you loved the show Lost, but it never really came together. There was no satisfying ending. This ain’t Lost.”

Watch (and see the full Weekend Update below:

Previous Post: « Trump’s SNL Doctor Says He Crushed All His Tests, Including the Tide Pod Challenge: WATCH
Next Post: White House Releases Hilarious Photos of Trump Wishing He Was Golfing During Govt Shutdown »