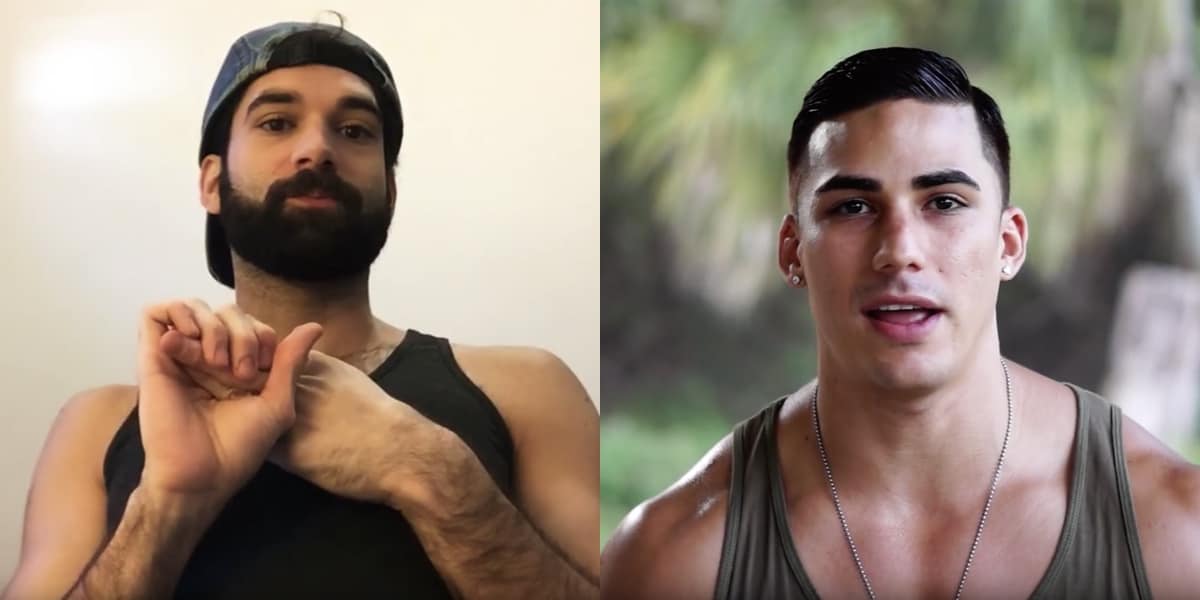 Five days ago, gay adult film actor Tegan Zayne accused fellow performer Topher DiMaggio of raping him the night before the duo was set to film a scene for Cockyboys.

According to Zayne, DiMaggio pressured him into having sex the night before the scene while they were sharing the same quarters.

Zayne said that after the incident (you can read his narrative here) he felt “belittled and degraded” and “told how I’m such a girl.”

Said Zayne: “I’ve seen a lot of stories come out about the metoo thing, but it’s (sic) feels like no one cares about the male victims, or the sex workers. As someone else said “rap doesn’t exist in this line of wrk”, and it couldn’t be more true.”

Late yesterday, DiMaggio denied the allegations in a tweet that was later deleted, presumably because it was discovered that DiMaggio had not only lifted tweets about other men from Zayne’s account to set up a false narrative that Zayne had willingly had sex with him, but that he had also lifted his denial statement directly from one published by Russell Simmons in the New York Times in response to sexual assault allegations.

DiMaggio’s denial was dissected by the website str8upgayporn.com here (wk-unfriendly).

In his denial, DiMaggio included a tweet of Zayne’s that said “even though I was willing to sleep with him” to prove that Zayne was a willing participant in the alleged rape. Unfortunately, when Zayne’s tweet was put in its proper context, it was clearly not about DiMaggio but about another man he had slept with.

Zayne had this to say about it: “Imagine screenshotting a tweet that wasn’t about you, and making it about you to further your defensive agenda when you know you’re wrong”

I vehemently deny all these allegations. These horrific accusations have shocked me to my core. All of my relations with this person have been consensual and willing. The current accusations against me range from the patently untrue to hurtful. Also, stating he WILLINGLY had sex with me (see screnshot below). Furthermore, he never said “no”. I’m hurt by these false accusations and malicious slanderous statements that are simply not true. The presumption of ‘innocent until proven guilty’ must not be replaced by “Guilty by Accusation.” Not wanting to further a relationship or not being friendly enough after having consensual sex doesn’t give the other person who had different expectations of a romance the right to accuse someone of something so awful. Rape is a very serious thing and not a word to be thrown around. To all my friends and followers please use this opportunity to open a healthy dialogue and not as an opportunity to attack or belittle anyone.

It can be clearly seen that he lifted major portions of it (bolded above) from Russell Simmons’ statement to the New York Times as pointed out by a commenter on the str8upgayporn website.

Zayne also posted messages of support he received since telling his story.