You are here: Home / Will Ferrell Hilariously Returns to SNL as George W. Bush to Remind Us How ‘Really Bad’ He Was – WATCH 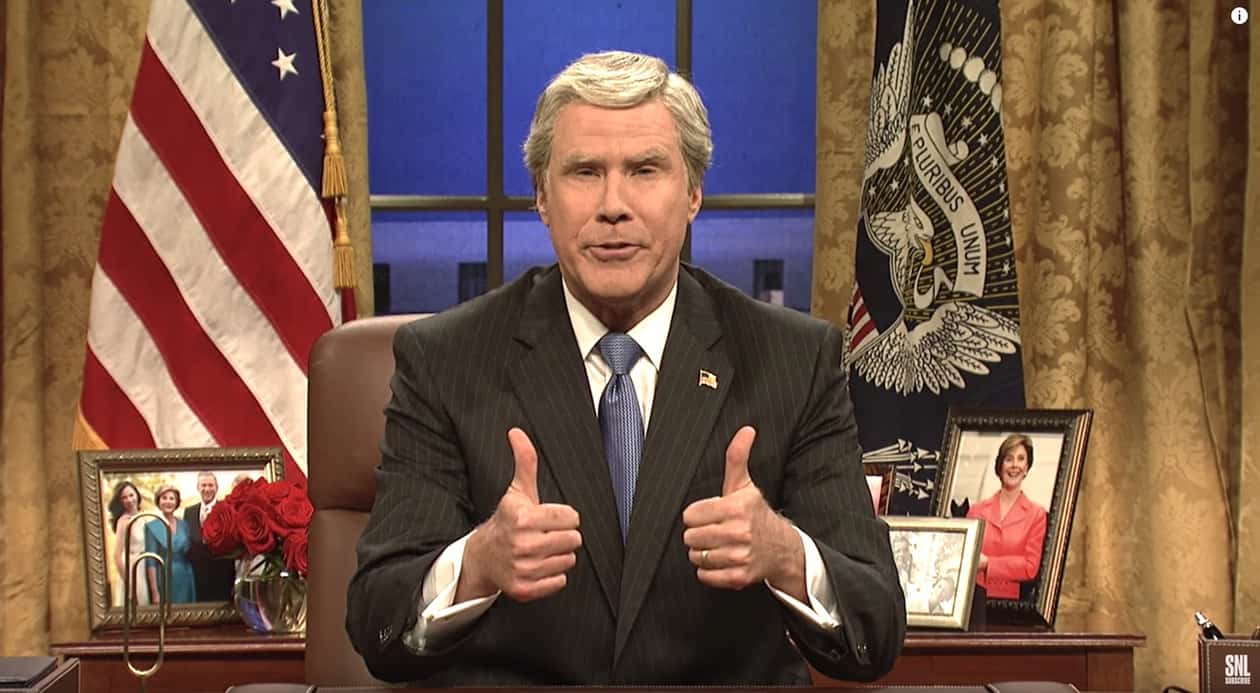 Will Ferrell’s George W. Bush returned to SNL’s Cold Open from a set of the Oval Office he had built in his basement to draw some comparisons between himself and Donald Trump.

Said Ferrell’s Bush: “I don’t know if you’ve seen the news but according to a new poll my approval rating is at an all time high. That’s right. Donny Q. Trump came in, and suddenly I’m looking pretty sweet by comparison. At this rate, I might even end up on Mount Rushmore, right next to Washington, Lincoln and I want to say, uh, Kensington?”

“I’m suddenly popular AF,” he said, adding. “I just wanted to address my fellow Americans tonight and remind you guys that I was really bad — like, historically not good.

And remember, Bush liked to joke: “Don’t forget, we’re still in two different wars that I started. What has two thumbs and created ISIS? This guy.”

He also talked about the VP:

“I’ve heard some complaints about Mike Pence. But if you knew half the stuff old Cheney was up to you’d take ‘no cakes for gays’ in a heartbeat. Some say Mike Pence is heartless. But remember, Dick Cheney was literally heartless. At this point it’s just Legos in there.”

And the Russian meddling:

“Back in my day we didn’t let Russians rig our elections. We used the Supreme Court like Americans.”

Ferrell’s Bush was joined by Leslie Jones’s Condoleeza Rice, who entered the Oval Office to invite him to a movie, Minions, and sing a rendition of “Those Were The Days” from All In The Family.