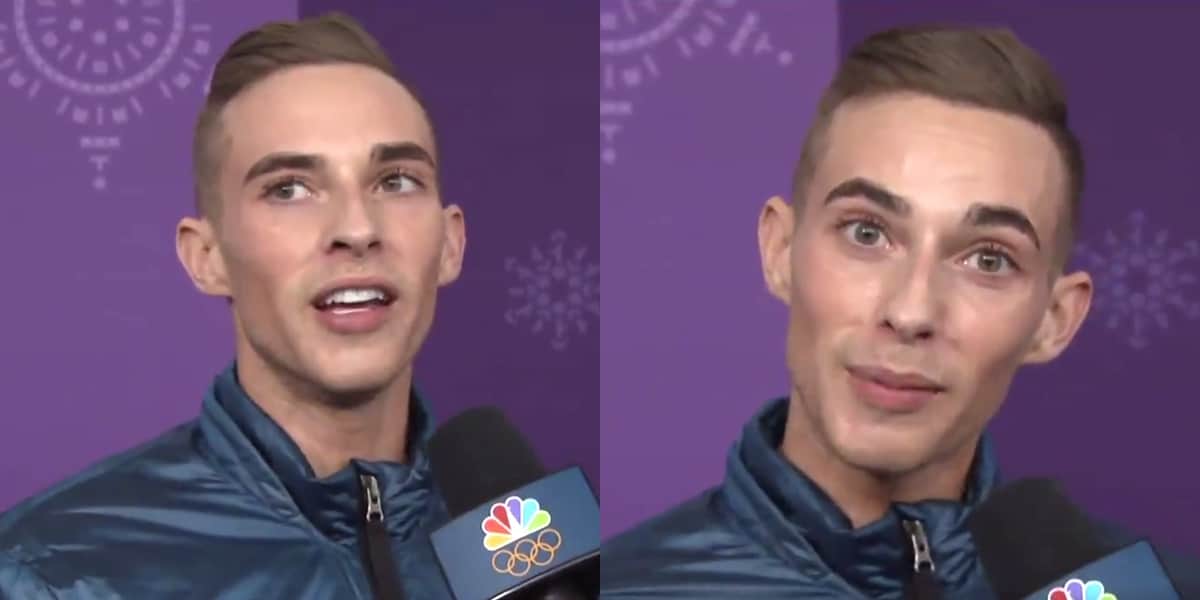 Out U.S. figure skater Adam Rippon made a thrilling Olympics debut on Sunday (unfortunately clips of the actual competition are not readily available) and gave some enlightening and hilarious post-skate interviews.

NBC’s Mike Tirico interviewed Rippon after his event and asked if the Mike Pence controversy (the skater made headlines after saying he would refuse to meet with the anti-gay  VP before his event) had distracted Rippon in any way.

According to AFP, Rippon also said “yes of course” when asked if he would now meet with the vice president.

When asked if being at the Olympics was everything he thought it would be, Rippon responded with a tilt of the head: “Andrea, it’s like pretty awesome. I highly recommend it. If you ever have the option come to the Olympics. It’s like, a fun time.”

Rippon said that four years ago he was eating In-N-Out on someone’s roof wishing he was in Sochi.

Four years ago, Adam Rippon and Mirai Nagasu were eating hamburgers on a rooftop after missing the #WinterOlympics.

And he said that “I have many emotions when I step on the ice. I want to represent my country to the best of my abilities. I want to make Reese Witherspoon proud.”

And he got his wish:

Rippon also made his out teammate Gus Kenworthy proud:

v proud of this guy pic.twitter.com/rlTk6is3Cy

And TeamUSA won Bronze in the team event.

Previous Post: « FleshJack Removes Topher DiMaggio and All His Products from its Site
Next Post: Adam Rippon Bonds with Gay Canadian Skater Eric Radford After Both Win Medals »