DAVID HOGG. “We will outlive the NRA.”

WEINSTEINED. The Weinstein Company is filing for bankruptcy: “While we recognize that this is an extremely unfortunate outcome for our employees, our creditors and any victims, the Board has no choice but to pursue the only viable option to maximize the company’s remaining value: an orderly bankruptcy process,” the board said in a statement.

RIP. Notting Hill actress Emma Chambers dies at 53: “We are very sad to announce the untimely death, from natural causes, of the acclaimed actress Emma Chambers,” said Grant. “Over the years, Emma created a wealth of characters and an immense body of work. She brought laughter and joy to many, and will be greatly missed. At this 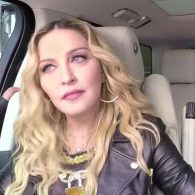 DEVIN NUNES. The media is dead, he tells FOX & Friends. “The media in this country, the fair and balanced media is for the most part — I mean 90 percent of them are hard left. They rely on clicks to make a living. So when they attack people like me, it actually means that I’m over the target, and I’m getting to them because they have to attack me in order, number one, to please their masters, their billionaire masters, and number two, they also have to do it because they’re in on this.”

.@DevinNunes: "The one thing that's clear in this whole Russia fiasco is that the media is dead." https://t.co/tt9RB2bgAS pic.twitter.com/pBGhx3AGd3

LISTEN – This is what Michael Wolff was HEARING in his earpiece when he claimed he couldn’t hear my question on @TheTodayShow this morning. pic.twitter.com/dl3ZvQfKWm

BECOMING MICHELLE OBAMA. Former First Lady set to release memoir in November: “Writing BECOMING has been a deeply personal experience. I talk about my roots and how a girl from the South Side found her voice. I hope my journey inspires readers to find the courage to become whoever they aspire to be. I can’t wait to share my story.

Writing BECOMING has been a deeply personal experience. I talk about my roots and how a girl from the South Side found her voice. I hope my journey inspires readers to find the courage to become whoever they aspire to be. I can't wait to share my story. https://t.co/d7DxEG85NK

GAY HAY. Rural Australian town is holding an LGBT Mardi Gras: ‘This place could be called many things — quaint, quiet, conservative. Right now, complicated is probably the best way to describe it. A highway sign welcoming people to Hay does not include next weekend’s inaugural Mardi Gras on its list of “coming events”. But make no mistake: The festival, which has been planned since September last year, is going ahead.’

MAHAN OLAD. The American who fled “gay conversion” in Africa.

GREAT ESCAPE OF THE DAY. This squirrel.

PERFECT COVER OF THE DAY. “Eight Days a Week”.

INSTANT KARMA OF THE DAY. This Chinese kid who decided to pee on an elevator’s button panel, causing the power to short out. “The good news is, the boy was unhurt in the incident and he was later rescued by building maintenance staff, reported various local media.”

FUN PRANK OF THE DAY. I dressed as a nurse to surprise my dad. “My dad had a really rough appendectomy that kept him in the hospital for two weeks and required several procedures. To celebrate his recovery, I flew in from New York City without telling him and made an unexpected appearance at his house.”

Previous Post: « Omarosa Was Evicted from the ‘Big Brother’ House, and Did Not Go Gently: WATCH
Next Post: Dance Break: The ‘Boy Version’ of Hayley Kiyoko’s ‘Curious’ »