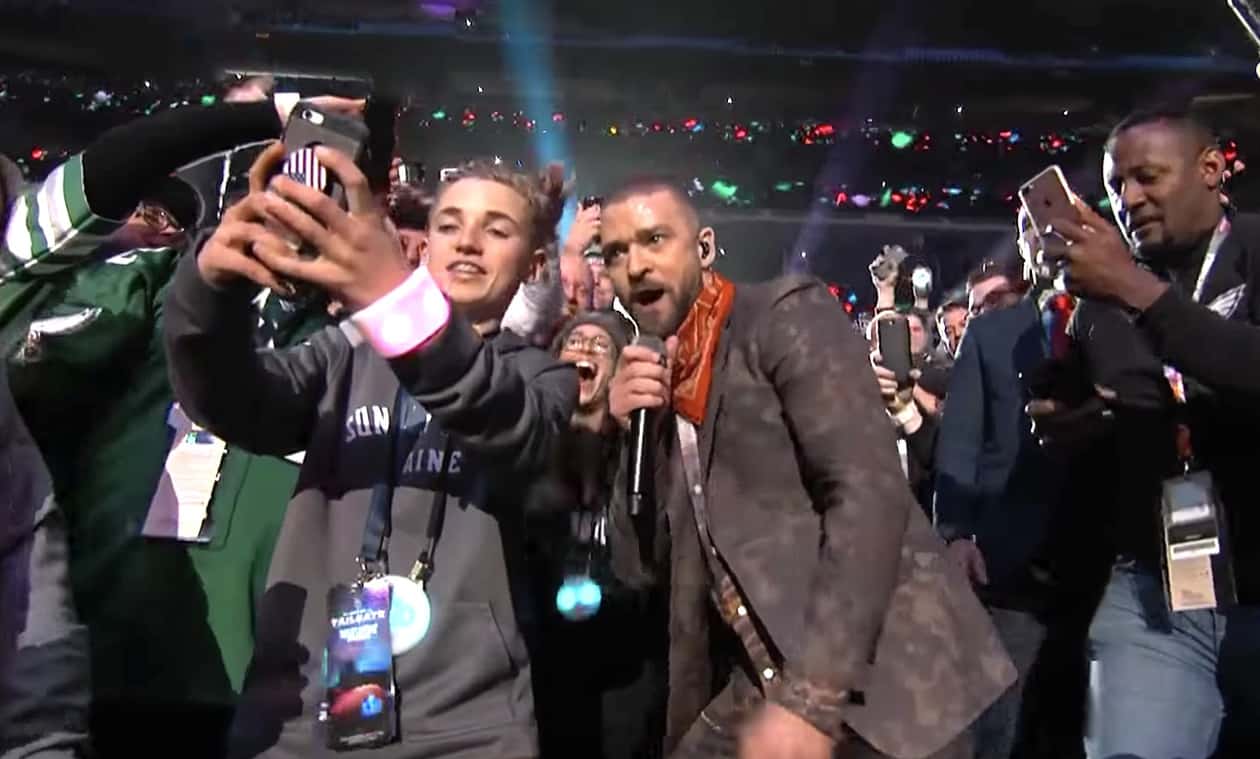 Here he is on Good Morning America.

If you missed last night’s game, Timberlake got into the audience during his halftime show and enlisted McKenna to take a selfie, after which the kid proceeded to look around in a daze, finally paying more attention to his phone than the singer.

It was the kind of moment memes were made for, and the internet took full advantage.

And a shout-out to my #SuperBowl MVP: this kid who kept his cool under pressure, unlocked his phone and opened his camera app just in time for a selfie with @JTimberlake pic.twitter.com/TJH2Qv9hlA

That kid taking a selfie with JT might as well be a #BlackMirror character #SuperBowl pic.twitter.com/bh6FnP84aC

I’ll save you some time: the Super Bowl selfie phone kid is a white supremacist

What the kid who took selfie with #JustinTimberlake at #Superbowl was actually doinghttps://t.co/zKClCqu7Gd pic.twitter.com/kQiAH2HDYW

When your friend go dancing with strangers at the club and u just don’t know what to do #selfiekid pic.twitter.com/MzH4237Z1y

JT can only laugh as ‘left kid’ deletes the selfie he just took. #justintimberlake #Halftime pic.twitter.com/c02sjXzjiq

What really happened to The Selfie Kid during the Super Bowl. #PepsiHalftime#SuperBowl pic.twitter.com/FGga7KdLLw

And launched a few conspiracy theories:

Previous Post: « If You Missed Pink’s Super Bowl National Anthem, Let It Open Your Monday
Next Post: Trump Spits Fire at ‘Little Adam Schiff – One of the Biggest Liars and Leakers in Washington’ »