You are here: Home / Adam Schiff to Rachel Maddow: GOP Has Abandoned Constitutional Duties in Order to Protect Trump: WATCH 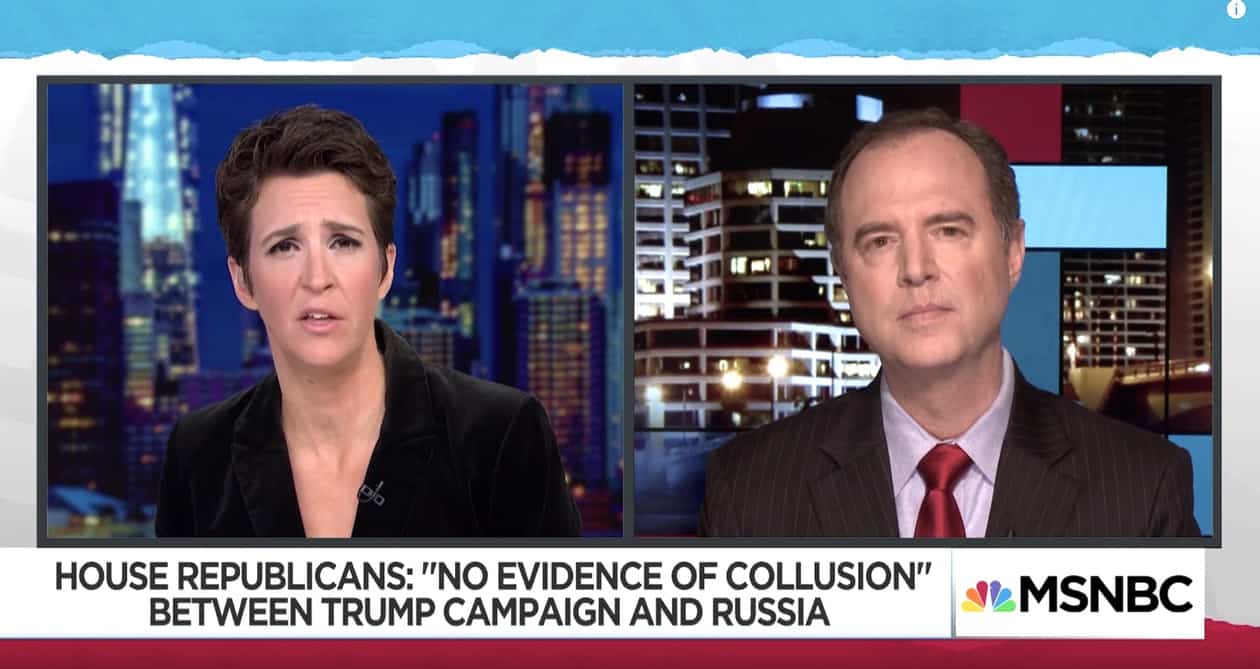 As we reported last night, the Republicans on the House Intelligence Committee abruptly announced that they had concluded their investigation into Russian meddling in the U.S. election and concluded that there was no collusion between the Trump campaign and Russia, a conclusion that was disputed and protested by Democrats on the committee, including ranking member Rep. Adam Schiff, who posted a lengthy statement to Twitter.

If Russians have leverage over the President, GOP has decided that it would rather not know. The minority's work continues: pic.twitter.com/oOf13n75Vo

Said Schiff: “The Republicans on the committee viewed their job as protecting the president, not investigating what took place.”

Calling it “a grave disservice to the country,” Schiff added, “Essentially it’s the Intelligence Committee majority saying we just rather not know if it’s going to be bad news. And that is I think a betrayal of the promise that was made that we would follow the facts wherever they lead.”

Schiff said that Democrats on the committee would continue to investigate and hold the GOP to account:

“What I mean by holding the Republicans to account is, there’ll be revelations as there was just within the last week that witnesses who may have come before our committee like Erik Prince may not have been fully truthful. There was a witness who has come forward that has been reported – George Nader – that said this was an effort, at least reportedly, to establish a back channel with Russia. That’s part of the core of our investigation to see if that was going on. And the Republicans will have to answer why they’re not interested in finding out…”

“I think many of us could see that Donald Trump was going to be a very poor president. What we couldn’t see is how many people would be complicit in that, how many people would be willing to resign their obligations under the Constitution in our system of checks and balances in the service of that deeply flawed president. Our Constitution is only as good as the people who uphold it. And by shutting down this investigation it shows that the people upholding it are really not living up to their responsibility.”