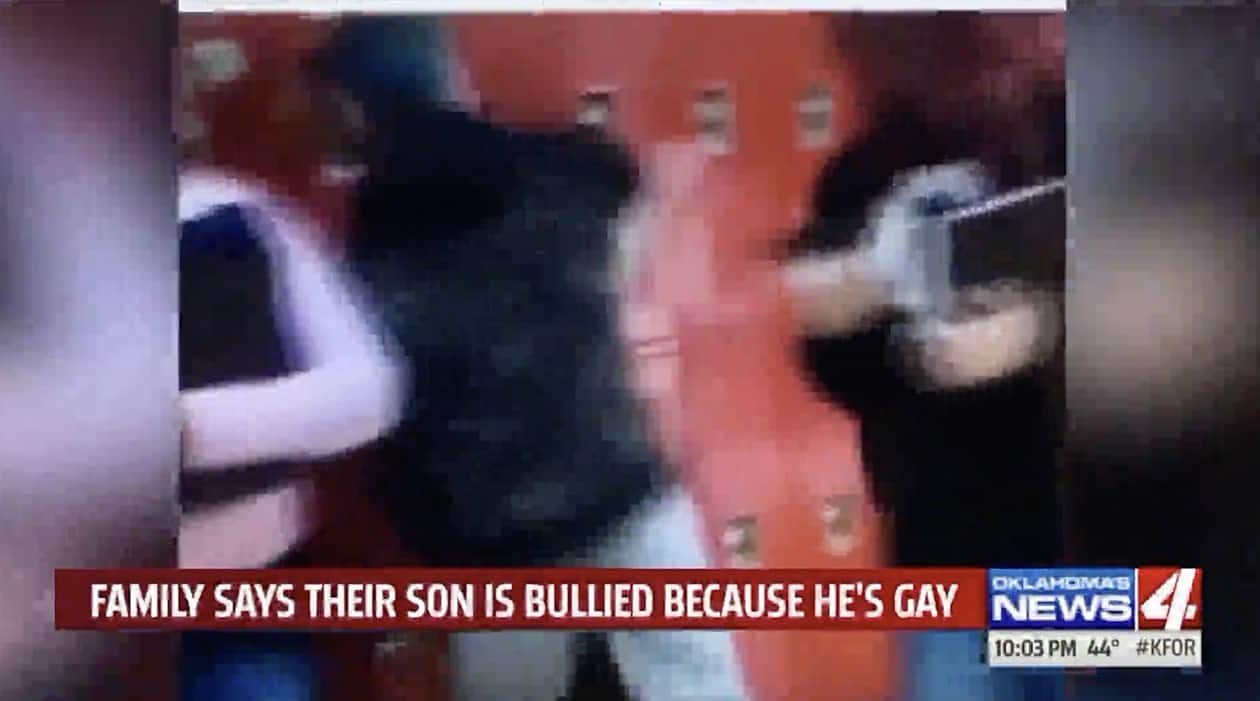 A gay student in Moore, Oklahoma says he was punched by a fellow student because of his sexual orientation. The incident was caught on camera.

Video of the assault shows the seventh grader, named Blake, slammed against a set of lockers by the force of the other student’s fist.

Said the student: “”All of a sudden, I felt something hit my face then hit my head against the locker.”

The alleged bully’s mother, Rachael Clymer, told KFOR that the assault was a reaction to being called a “rapist”.

Said Clymer: “It is not okay that he physically snapped, but he didn’t just go the school, and walk up to the kid and hit this child for no reason. He had been verbally attacked for months.”

Clymer provided the news outlet with another video which allegedly showed her son being assaulted by someone else. The alleged bully has autism, according to Clymer and is enrolled in an individualized education program so the school is reportedly hesitant to take any action.