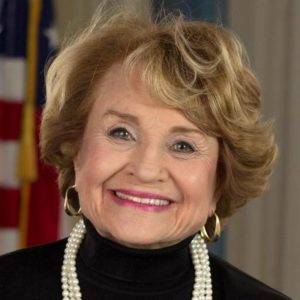 Representative Louise Slaughter (D-NY), who served three decades and was the oldest member of the U.S. House, has died after suffering a concussion in a fall at her home.

The Democrat and Chronicle reports:

Three sources confirmed the death to the Democrat and Chronicle Friday morning. Her office later released a statement confirming her passing…

…Slaughter was elected to the House of Representatives in 1986, defeating Republican Fred Eckert in a close race and becoming the first women to represent Western New York in Congress.

Previous Post: « Find Out Which ‘RuPaul’s Drag Race All Stars’ Queen Was Inducted Into the Hall of Fame [RECAP]
Next Post: Texas Paper Removes Gay Man’s Husband from Mom’s Obituary for ‘Religious and Ethical’ Reasons »