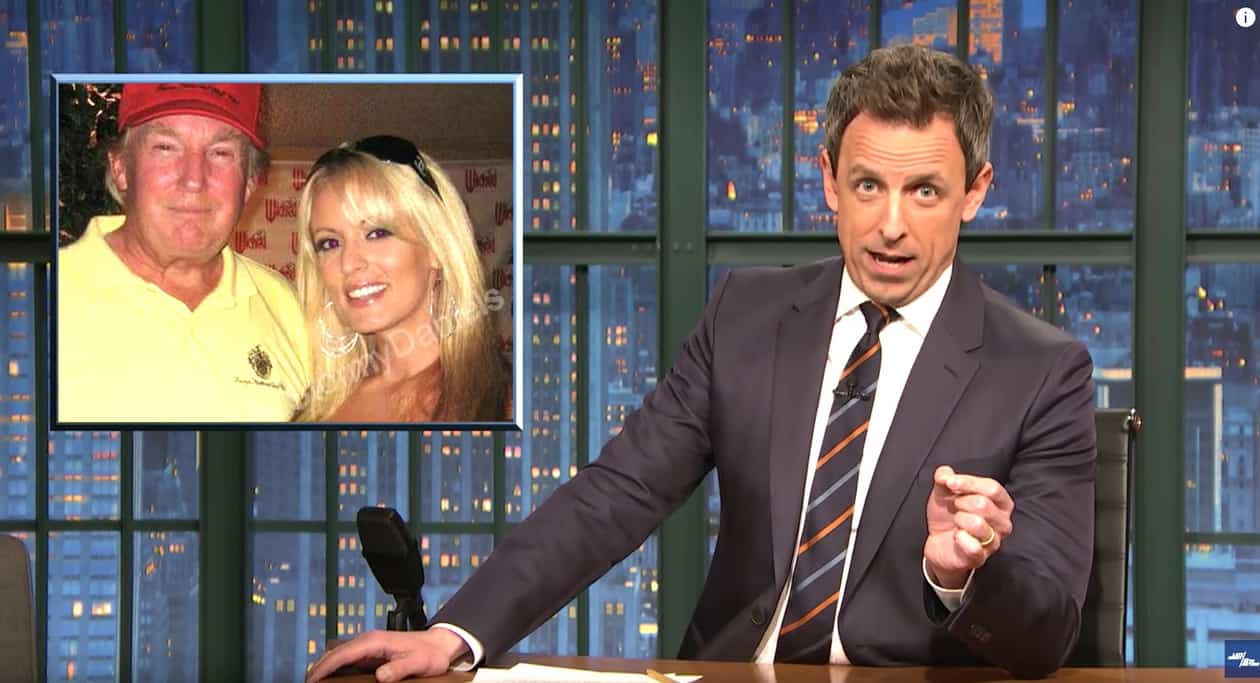 Said Meyers: “So we are looking at the very real possibility that Donald Trump sent Stormy Daniels a dick pic. Can you even imagine? Oh, you can, and that’s why you’re making those awful noises. It would look like a flaming-hot Cheeto sitting on a Brillo pad.”

Meyers audience protested the description as they all threw up in their mouths a little, to which Meyers replied: “No! No! I think we should spend more time on this! Can you just imagine him locked in a bathroom backstage trying to find the right angle with his flip phone camera?”