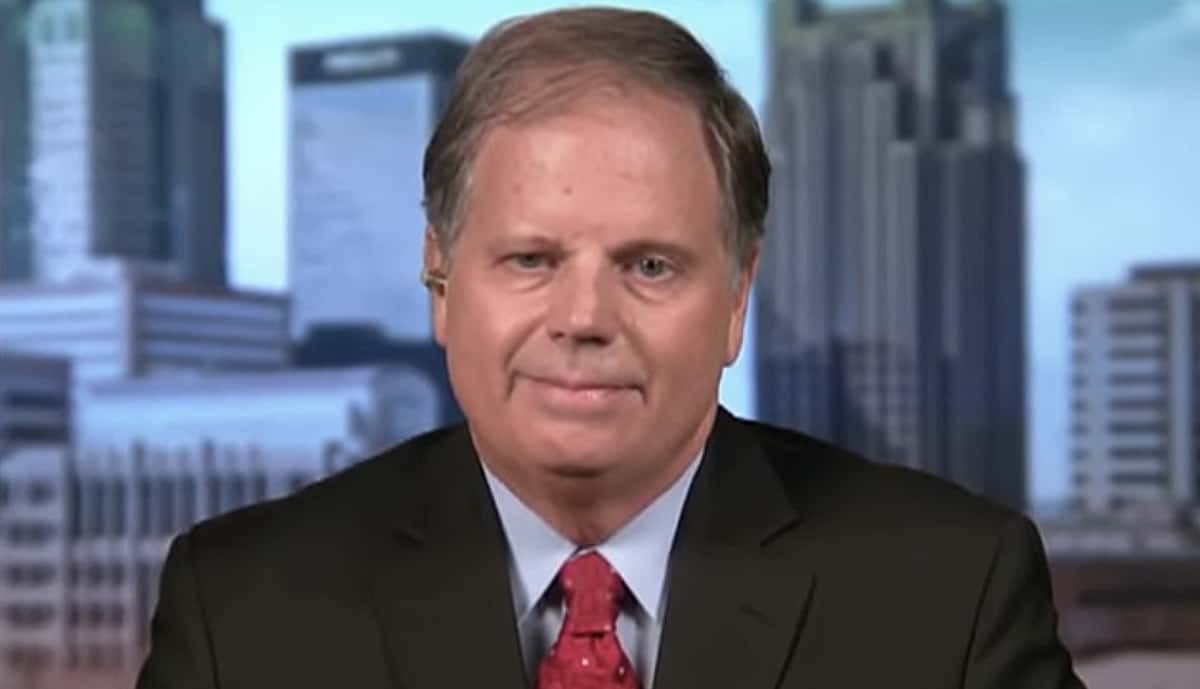 In a new meeting with GLASS (Gays, Lesbians & Allies Senate Staff) attended by the Washington Blade, Jones talked about his commitment to LGBT equality, which helped him win the seat vacated by Jeff Sessions.

Jones called the Equality Act “very, very important” though he admitted the bill’s chances in the current Congress were slim: “If that will happen, it will rank right up there with the Obergefell decision. I’m a co-sponsor of that. I’d like to see it happen this Congress. I doubt it will.”

Jones also talked about the importance of data collection on hate crimes.

He also was asked about his gay son, a student at Colorado State University whose Instagram account gained a following during Jones’s run for Senate.

“We’ve all seen it,” quipped Jones of the account, which features the occasional shirtless selfie, along with photos of animals (he’s a zookeeper), and his travels.

Jones added that other experiences such as “a probate judge in Jefferson County whom we defended when Roy Moore tried to shut him down giving marriage licenses” have also affected him.

The Washington Blade also asked Jones about the experience of having Carson come out to him, if there’s been a shift in LGBT rights attitudes in Alabama, and the transgender military ban. Check out the rest of Chris Johnson’s interview HERE.