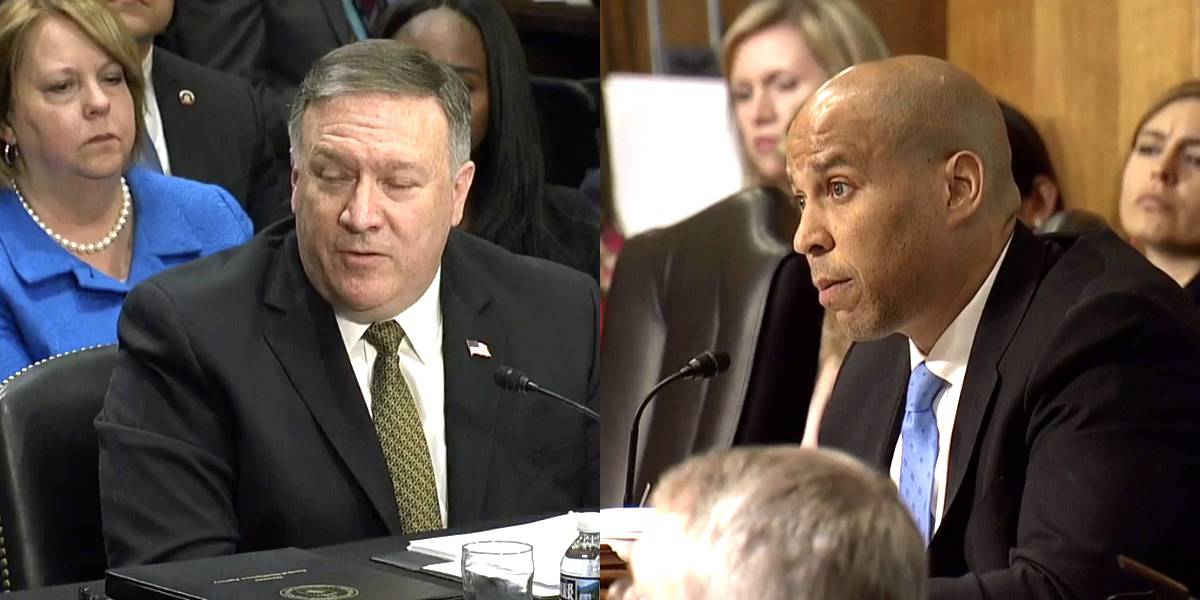 Senator Cory Booker hammered Secretary of State nominee Mike Pompeo on his past views on LGBT rights, specifically that Pompeo called gay sex a “perversion” in past speeches.

“Is being gay a perversion?, asked Booker.

Pompeo said he continues to hold the view that gay people should not be allowed to marry.

Continued Booker: “Do you believe that gay sex is a perversion? Yes or no?”

“I’m going to give you the same answer I gave you previously. My respect for every individual…is the same.”