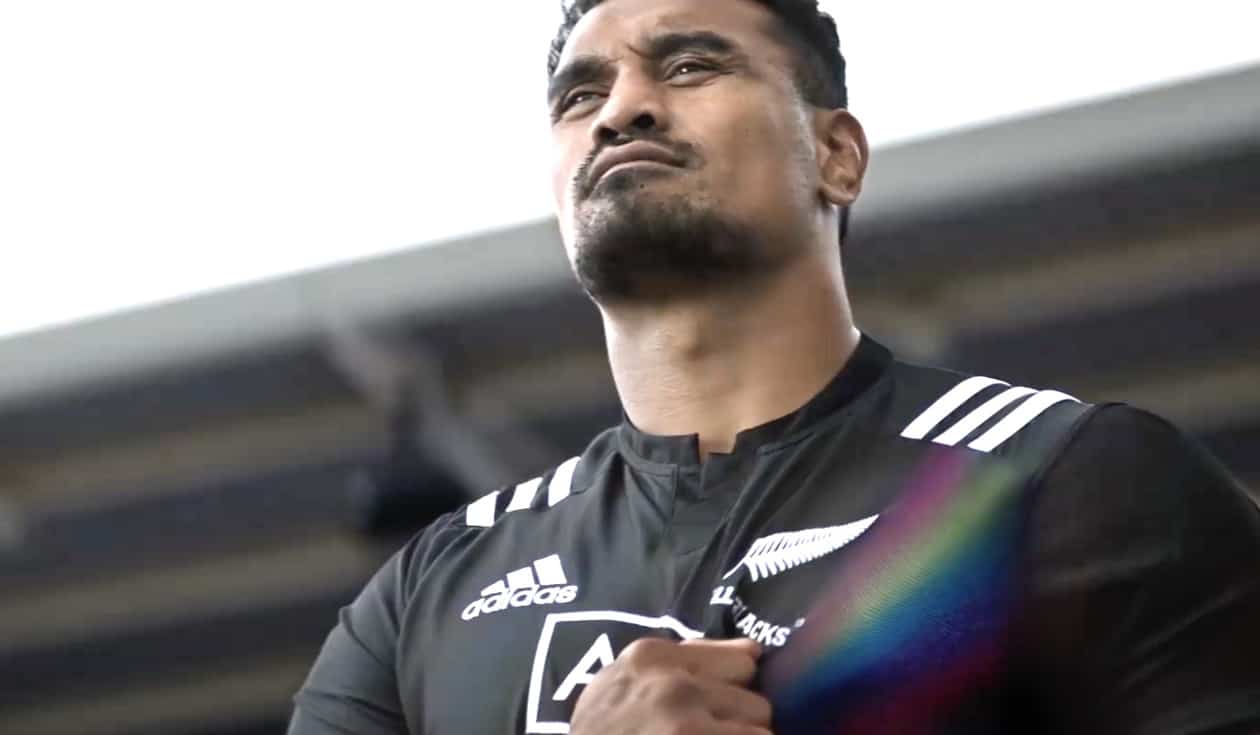 New Zealand’s world-famous All Blacks and Black Ferns rugby teams are the centerpiece of a new campaign for diversity and inclusion, wearing a specially-crafted jersey that creates a rainbow when the fabric is stretched.

Writes AIG Japan: “AIG Japan will continue to lead the charge in Japan, under the message and philosophy of ‘DIVERSITY IS STRENGTH.’ Using the soon-to-be-iconic ‘UNITED BLACK T-SHIRT’ as its symbol, it will foster charity programs that support its cause of building a community and network of people willing to stand together to fight against the injustice of discrimination on the basis of sexual orientation, gender, physical and mental abilities, race and nationality.”