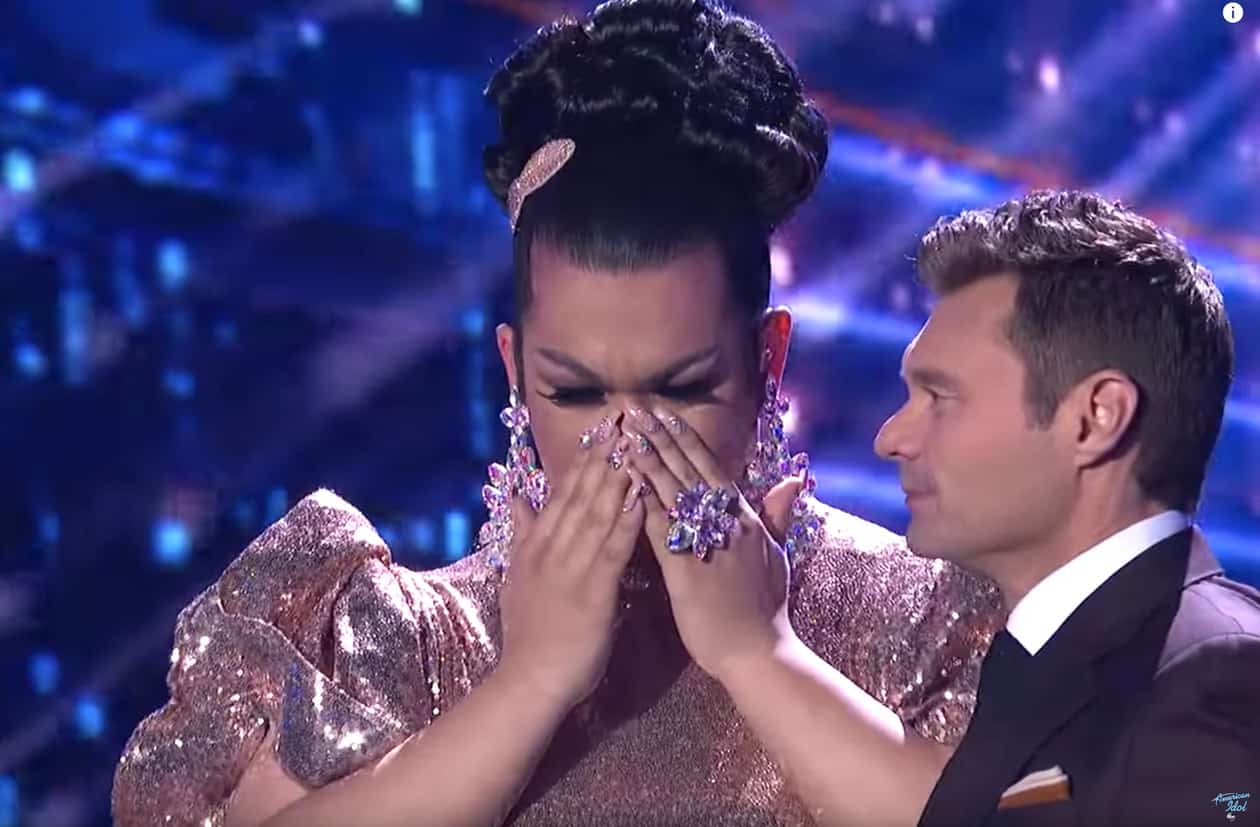 Drag Queen Ada Vox was sent to the Top 10 on American Idol last night by the judges after viewers did not send Vox enough votes to make her an automatic advance. Vox therefore had to sing for her life.

But a show-stopping performance of “And I Am Telling You” from Dreamgirls had Katy Perry removing her earrings and putting her foot down.

Said Perry: “I don’t know everything. I’ve got a lot to learn. But I have worked my butt off for over 10 years in the spotlight and these gentlemen on my side (pointing to Lionel Richie and Luke Bryan) – all of us collectively together – how many years would that be, maybe 60? Collectively? I think we do know talent when we see it. I would say that we would like to make an executive decision right now that Ada – (points over to where the top 10 are seated).”

And the audience, who had been chanting “a-DA, a-DA” heartily approved of the move.

Perry later told reporters: “When the Ada moment came, it wasn’t just one person’s idea. We all looked at each other and we saw the math … excuse us, we’re going to step in now. Were we allowed to do that? We found out we were. We messed up the timetable a bit, but you know what it was, we felt so strongly about it, we didn’t have to wait for that vote. Enough was enough and you put your foot down when it’s real. We stand for truth and for justice.”

Said Ada, in a comment on the YouTube video: “Hey, y’all!!! Firsrly, I wanted to start by saying that I love you all!!!
Secondly, I wanted to make note that I am aware of my much less than perfect vocal. Haha not only did my emotions run wild on me, but before the show, I had an allergic reaction to our lunch which made my tongue and throat swell up almost immediately. So that was fun… Lol
Thank you to everyone who did vote!!! If you want to see me continue on, make sure to vote next week! I promise it will be so much better!”