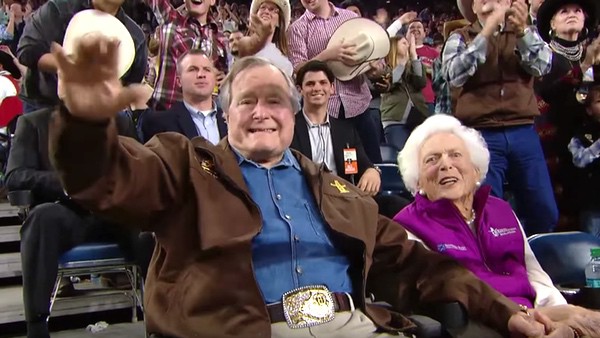 Former First Lady Barbara Bush has died at the age of 92, according to a message released by the office of her husband, the 41st and longest-living president at 93, George H. W. Bush, which called her a “relentless proponent of family literacy.

Barbara Bush had recently announced she would no longer seek medical treatment to focus on comfort care.

The NYT reports: “As the wife of the 41st president and the mother of the 43rd, George W. Bush, Mrs. Bush was only the second woman in American history to see a son of hers follow his father to the White House. (Abigail Adams, wife of John Adams and mother of John Quincy Adams, was the first.)”

Her son, George W. Bush, released a statement: “My dear mother has passed on at age 92. Laura, Barbara, Jenna, and I are sad, but our souls are settled because we know hers was. Barbara Bush was a fabulous First Lady and a woman unlike any other who brought levity, love, and literacy to millions. To us she was so much more. Mom kept us on our toes and kept us laughing until the end. I’m a lucky man that Barbara Bush was my mother. Our family will miss her dearly, and we thank you all for your prayers and good wishes.”