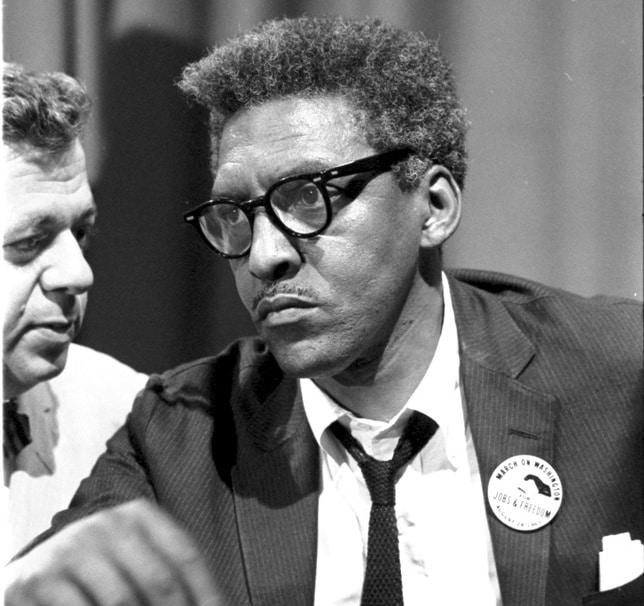 Bayard Rustin Elementary will be the name of Montgomery County, Maryland’s first school named for an openly gay individual after the Board of Education voted 6-2 to name the school after the civil rights icon who advised Martin Luther King Jr. and was a lead organizer of the March on Washington for Jobs and Freedom in 1963.

The school board voted against the recommendations of a naming committee which had recommended the school be named for Lillian Brown, a local educator, Bethesda Magazine reports.

Testimonies from LGBT students, like Jamie Griffith, a senior from Montgomery Blair High School in Silver Spring, were among the things that swayed the board’s decision.

Said Griffith: As a queer student, even in a progressive area, I was raised in a society that still attaches shame to my identity. So a Bayard Rustin Elementary School is not only a well-deserved homage to a civil rights leader and hero, but a way to break stigma and give hope to future students who no longer have to feel trapped in the closet.”

Bethesday Magazine reported that Griffith and others pushed back against complaints from parents that having a school named for an openly gay person would generate conversations inappropriate for young children.

The recognition of LGBTQ identities is gaining additional significance in the current political climate, testified Gabriel Acevero, a Montgomery Village resident who is running for state delegate.

“We have a hostile administration that is intent on erasing LGBTQ folks, recently taking us off the Census and banning transgender Americans from serving their country,” Acevero said. “Now more than ever we need to affirm LGBTQ youth, and that’s why Bayard Rustin is such a powerful name for this school.”

Previous Post: « Meteorologist Loses It Over People Blaming Him for the Cold Weather: WATCH
Next Post: Gus Kenworthy and Adam Rippon Sucked Face on Stage at the GLAAD Awards »