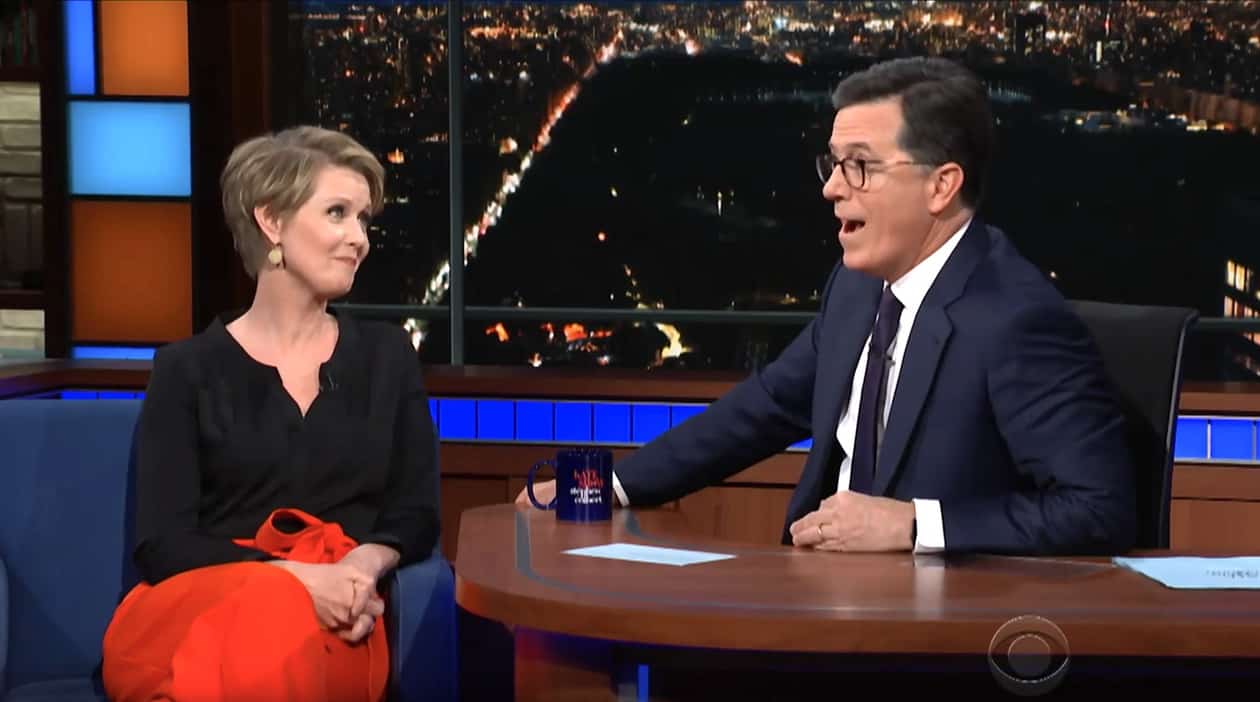 When Colbert pointed out that she’s running under the name “Cynthia” and not “Nixon”, the Sex and the City star smiled:

“My mother used to say that she grew up during World War II with a father named Adolf and then she lived through the 1970s with a husband named Nixon, so I am aware of the dubious nature of my last name, but I also have to say, if I was given the choice, I’d rather be the good Nixon than the bad Cuomo.”

“Holy cow put some ointment on that burn!”, said Colbert. “Why are you trying to take away the man’s job? His dad had the job, don’t do this to him. Why are you running?”

Replied Nixon: “I’m a life-long New Yorker and I love this state and I know we can do so much better,” said Nixon. “We’re a blue state. We’re a proudly Democratic state, but we’ve got a governor in there who governs like a Republican. All of the progressive things that California’s doing and Oregon and Washington— campaign finance reform and voting reform and fully funding our schools and being a leader in renewable energy and enacting real criminal justice reform…this is the kind of stuff we want to be doing in New York. We want to be closing racial and economic inequity here, and we’re just not.”

Previous Post: « Ugandan President Wants to Ban Oral Sex: ‘The Mouth is for Eating’ – WATCH
Next Post: Gay Kansas Teacher Quits Job, Leaves Town Over Threatening Letters Telling Him to ‘Watch His Back’ »