Rene Chalarca and Dmitry Logunov, a gay couple, and a man who tried to help them were violently attacked by four men on Sunday in South Beach shortly after Miami Beach’s Gay Pride parade.

“What you see on the video continues. And it continues once they are on the ground and they continue to be attacked and violently punched,” said Ernesto Rodriguez of Miami Beach Police.

Police released additional surveillance video and photos of the suspects. Anyone with information should call Miami-Dade Crime Stoppers at 305-471-TIPS. 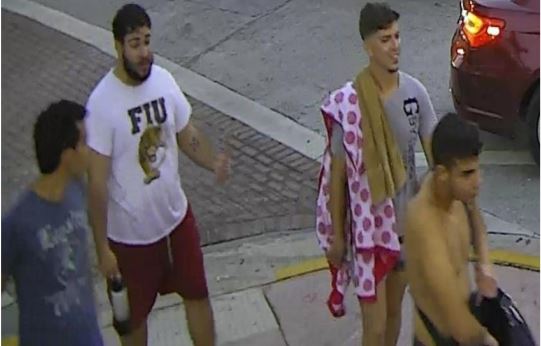