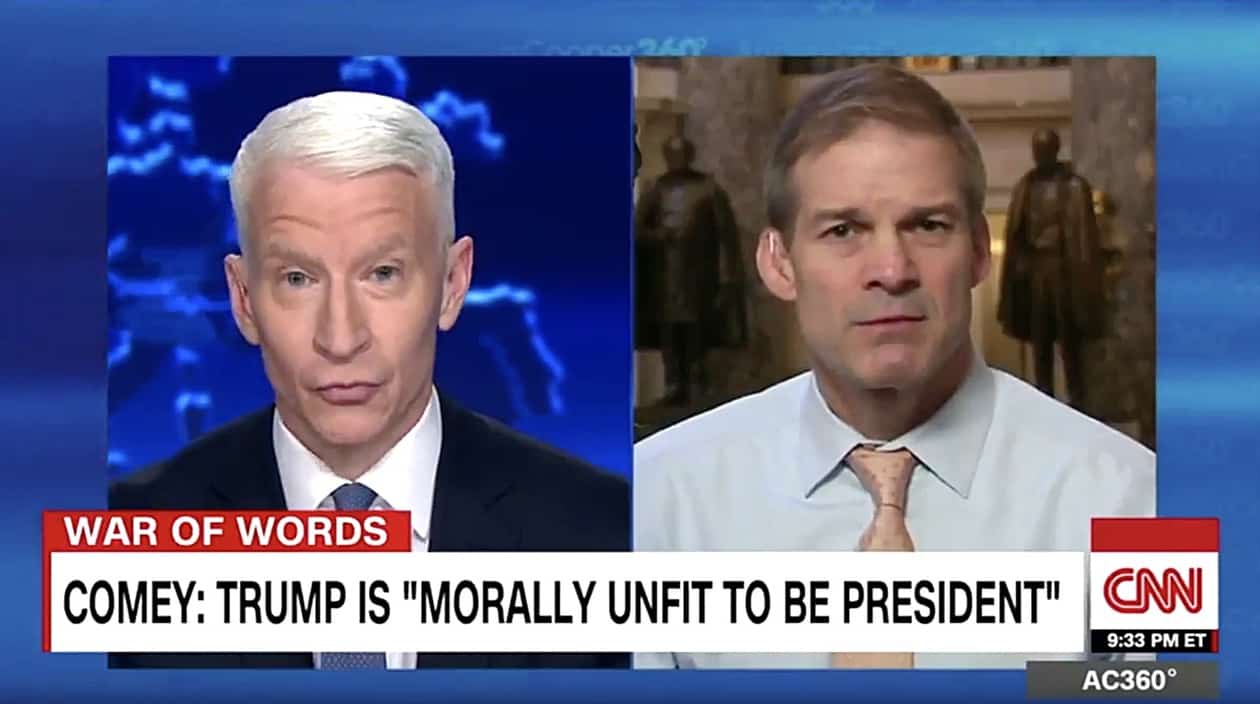 Jordan is considering a run for House Speaker, it emerged this week.

Said Cooper: “You got to admit, this president has said things which are just demonstrably not true time and time again. The list is a very long one, almost on a daily basis.”

Answered Jordan: “I think Andrew McCabe has said things that aren’t true and the inspector general did an investigation…

Replied Cooper: “So you’re very bold in calling out Andrew McCabe, not so bold on the president of the United States…So you haven’t heard the president lie.”

“I have not heard the president,” Jordan stuttered. “He’s always been square with me. That’s for darn sure.”

“What about the American people,” asked Cooper.

“The American people elected him president of the United States,” said Jordan.

“Have you ever heard the president lie? That’s what I’m asking you,” said Cooper.

“I have not. And the American people feel like what the treatment he has received from the top…” said Jordan.

A gobsmacked Cooper replied: “I’m asking you, just yourself, have you heard the president lie?”

“I have not,” replied Jordan.

“Really?”, asked Cooper. “So when the Washington Post counts hundreds and hundreds of times, none of those are believable to you?”

Previous Post: « Stephen Colbert Wallows in the Sean Hannity News with a Glass of Wine: ‘This is Crazy!’ – WATCH
Next Post: Say Sayonara to ‘Scandal,’ Welcome Back ‘Westworld’ and More TV This Week »