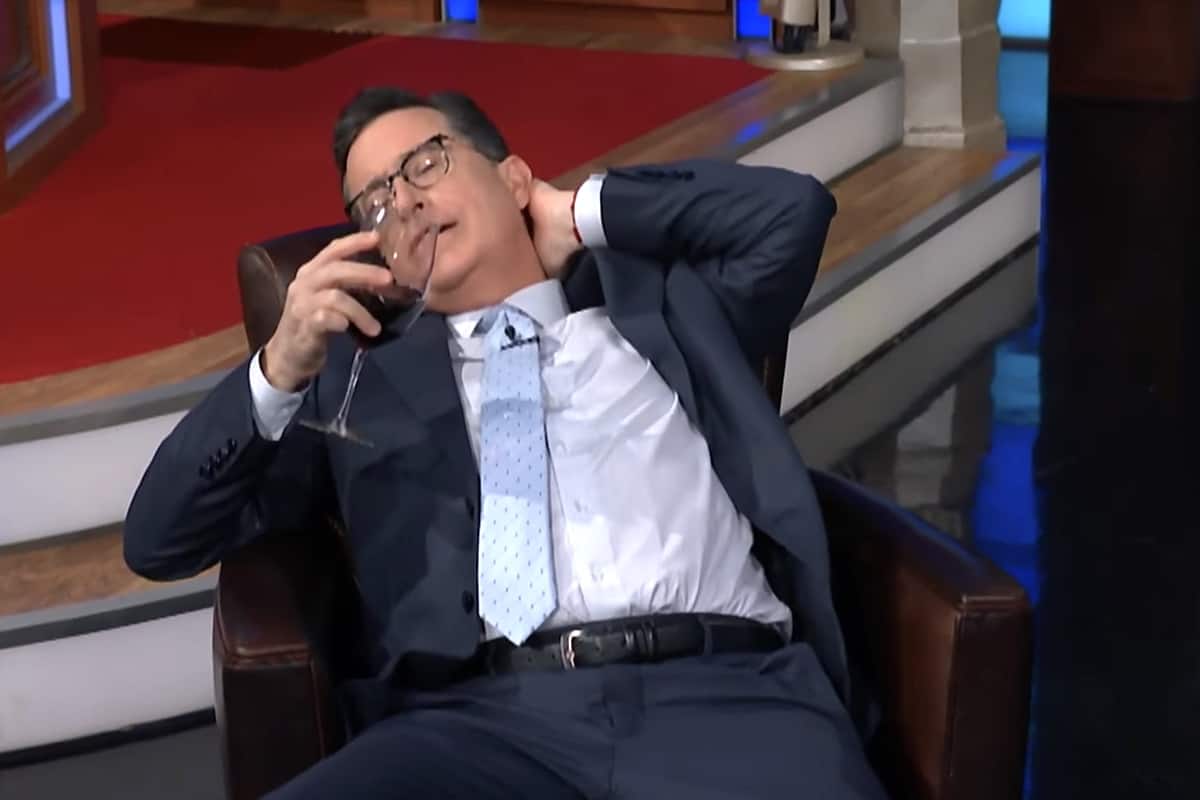 Stephen Colbert reveled in the news that Sean Hannity had been revealed as “New York attorney and sad neck with hair” Michael Cohen’s mystery third client.

After announcing it to his audience, Colbert’s camera cut to a shot of him lounging sexually in a chair with a glass of red wine.

Said Colbert: “Jon Stewart, after the show I’m going to come over and we’re just going to spoon, just spoon. This is crazy.”

Colbert added: “Cohen only has two other clients and all he does for them is pay off mistresses. Which raises the obvious question – who does Sean Hannity have sex with?”