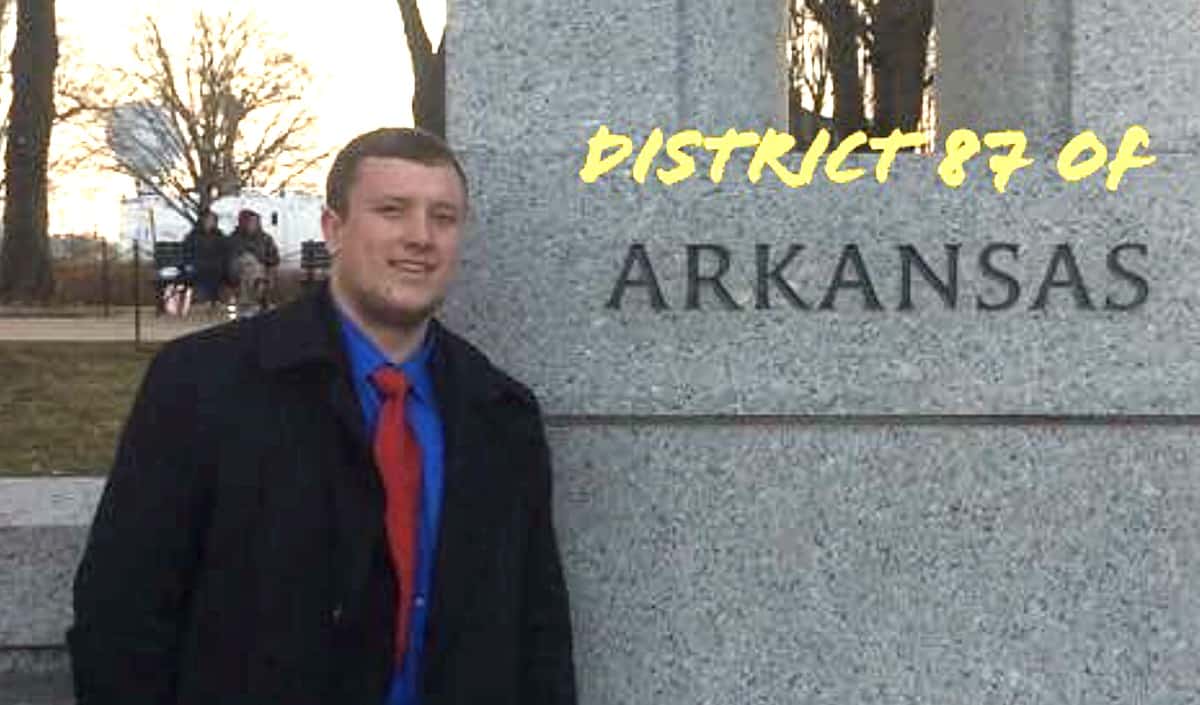 Justin Jones, a Libertarian running for an Arkansas House seat thinks “fags are disgusting” and expressed that sentiment on the Facebook post of Hawaii resident Myah Baeza who was offering sympathy for a gay friend who couldn’t donate blood because of discriminatory laws.

When called out for his slur by Baeza, Jones replied: “If you don’t think HIV is created by homosexuality then you need education. That’s the entirety of my post, for someone who wants free speech, you don’t act like it. I shouldn’t have said ‘f–s’ should have said homosexuals. But I won’t apologize of the moral of my comment, homosexuality is wrong, and shouldn’t be publicly endorsed.”

Local station KARK reported on the candidate’s slur, and got this statement back from Jones:

“I recently made a comment that was meant to be satire, but had FACTUAL meaning. In the new day of Social Media, we face backlash for every comment we make, which is putting ‘Free Speech’ at a price. The Aids Epidemic is a VERY big part of the LGBTQ Community. To not recognize that would be a ‘Lie’ to yourself and the LGBTQ Community. In this New Day of politics, we are recognizing the benefits of throwing away the old establishment, and how that didn’t work. Today, we are bringing back ‘FREEDOM OF SPEECH,’ and protecting our 2nd amendment rights. That might be too much for some people, but that’s why we’re getting them out of Public Office. Let’s get back to ‘Making Arkansas Great Again.’ Vote Justin Jones for State Representative, District 87.”

He also posted the statement to Facebook. No doubt he’d LOVE to hear from you.

UPDATE. Jones has taken down his entire Facebook page.

Here’s a screenshot of his letter we grabbed: 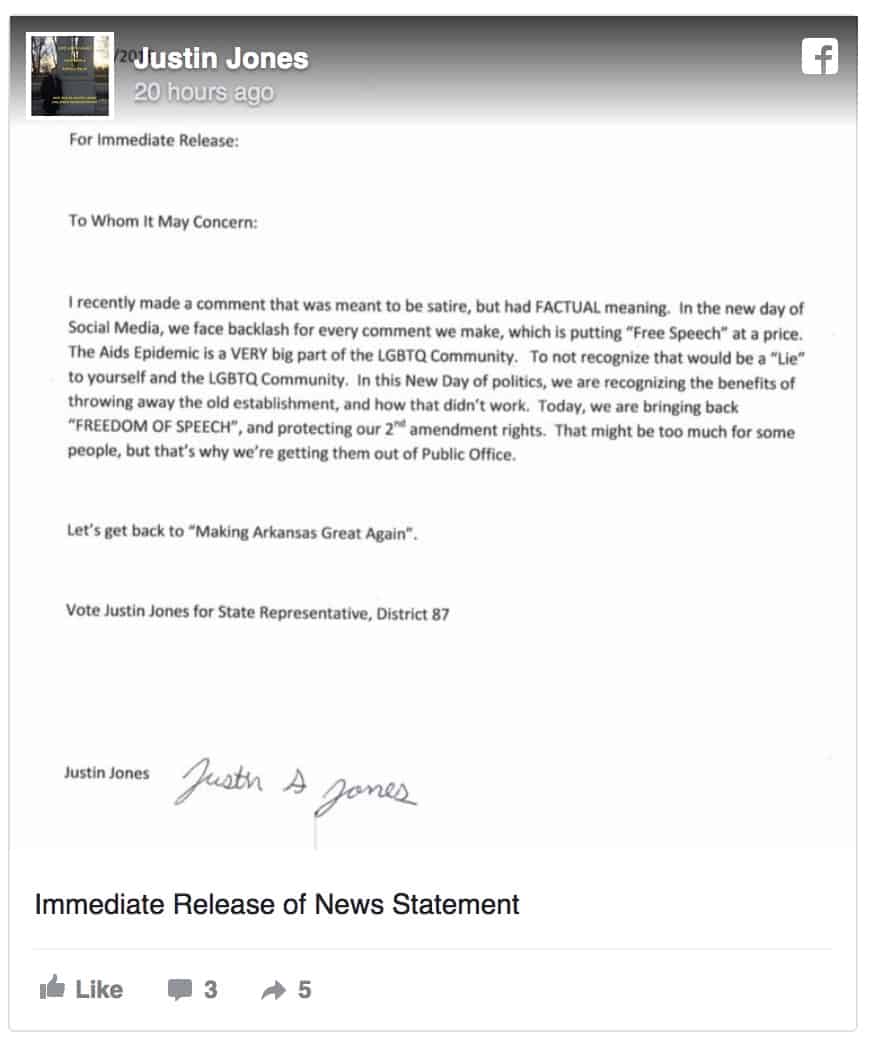