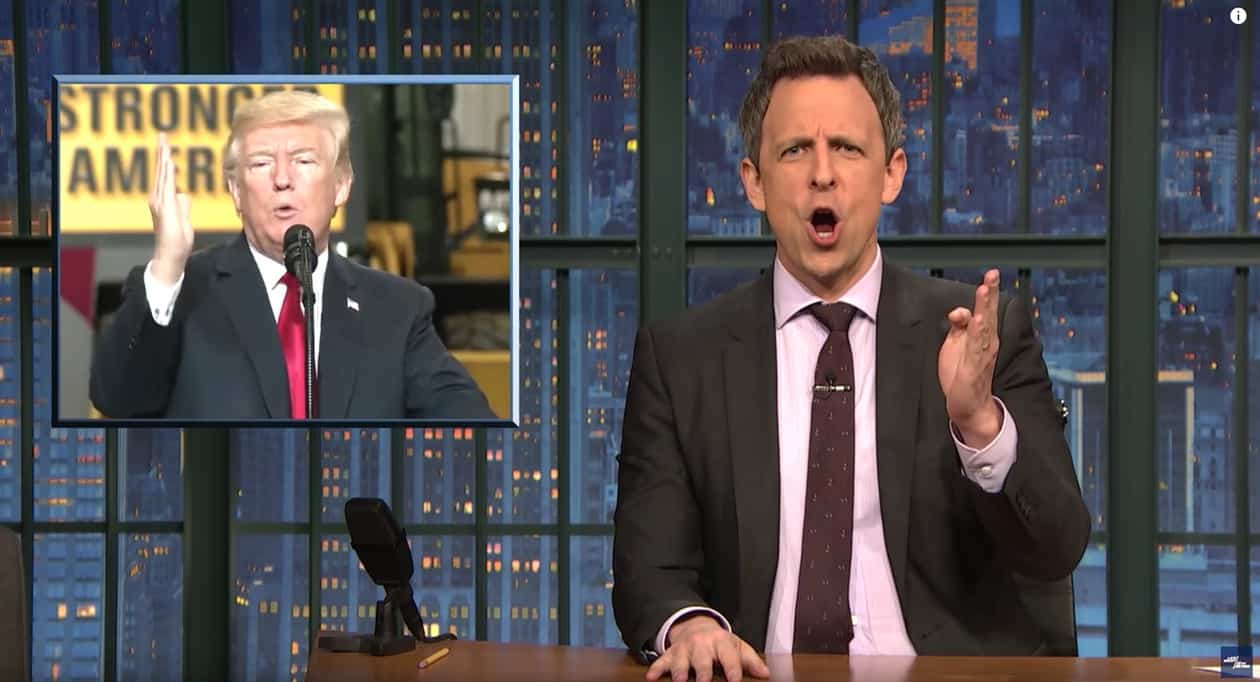 Seth Meyers ripped Trump’s “obsession” with the U.S. border with Mexico last night, blasting his plan to send the National Guard there.

Meyers started by mocking Trump’s fondness for the term “catch and release” — or “as Trump used to call it, ‘marriage.'”

This week Trump called for the U.S. military to guard the border.

Said Meyers: “Oh great, another thing for General Mattis’s to-do list. He’s already planning your dumb military parade, now you want him to guard the border. Why don’t you combine the two and have the parade along the Mexican border? If you think about it, have you ever tried to cross the street during a parade? Immigrants would walk up to the border and be like, ‘Aw man, this is today? Ugh, bagpipes. Let’s get out of here.’”

Trump also gave a speech where he talked about the border with an arm movement that looked like he was describing the curves of a woman.

“What is this?” asked Meyers, imitating him. “I think he wants to f**k the border.”

Meyers then moved on to Trump’s “growing anger toward Amazon,” noting that Republicans are refusing to live up to their demands that the government not pick “winners and losers,” something that Trump lives to do.

Trump reported asked people around him how “he can F with [Jeff Bezos].”

Quipped Meyers: “How can you F with him? Do the same thing you did with the rest of the country and run for president of Amazon.”

Previous Post: « Gus Kenworthy Demands Mouth-to-Mouth from Ryan Reynolds
Next Post: Marc Jacobs Proposed to His Boyfriend at Chipotle with the Help of a Flash Mob: WATCH »