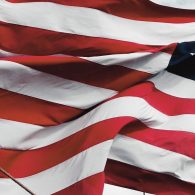 PRESS FREEDOM. U.S. drops to #45 in ranking of 180 countries around the world. “The United States, the country of the First Amendment, has fallen again in the Index under Donald Trump, this time two places to 45th. A media-bashing enthusiast, Trump has referred to reporters ‘enemies of the people,’ the term once used by Joseph Stalin.”

UNCONTROLLABLE AND ERRATIC. What Kanye West is, according to those close to him.

SETTLED. Peter Thiel reaches agreement to not buy Gawker. “The agreement was reached between Thiel’s firm and a neutral adviser in charge of liquidating Gawker’s assets following a successful lawsuit that bankrupted the company. Thiel will not pursue the site further and will provide the eventual buyer a legal release for articles in Gawker’s archive, according to an agreement, obtained by the Journal, filed Wednesday in the U.S. Bankruptcy Court in New York.”

ARIZONA. Republican Debbie Lesko holds GOP House seat in special election: “Tipirneni conceded the race Wednesday after initially saying the outstanding votes made it too close to call. Lesko has a 52.6 percent to 47.4 percent lead over Tiperneni, or 91,390 votes to 82,316 — an Republican advantage of 9,072 votes, with 100 percent of precincts reporting, according to the Arizona secretary of state’s office.”

NEW YORK. Democrats flip longtime GOP New York Assembly seat: “Stern, an attorney and former Suffolk County legislator, won AD-10 with 59-41 percent (as of press time). While no Democrat has represented this district in the state Assembly for over three decades, Hillary Clinton won this Suffolk-area seat 52-45 and Barack Obama carried it 51-48 in 2012; tonight’s flip indicates this seat’s shift toward Democrats is progressing.” 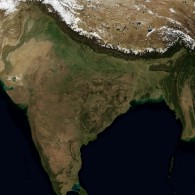 INDIA. Top hotelier takes fight for decriminalization of gay sex to High Court: “Keshav Suri, executive director of The Lalit Suri Hospitality Group, filed a petition with the supreme court on April 23 challenging Section 377 of the Indian Penal Code (IPC) that criminalises a consensual relationship between consenting adults of the same sex. The court has agreed to hear his plea and has sought a response from the government.”

OVERRULED. Madonna loses legal battle to stop sale of hair, underwear, and Tupac breakup letter: ‘The singer won a temporary block of the auction of 22 pieces in July 2016, telling a New York City court that her celebrity status “does not obviate my right to maintain my privacy, including with regard to highly personal items”.’

MUSIC VIDEO OF THE DAY. “Lydia” by The Magic Lantern.