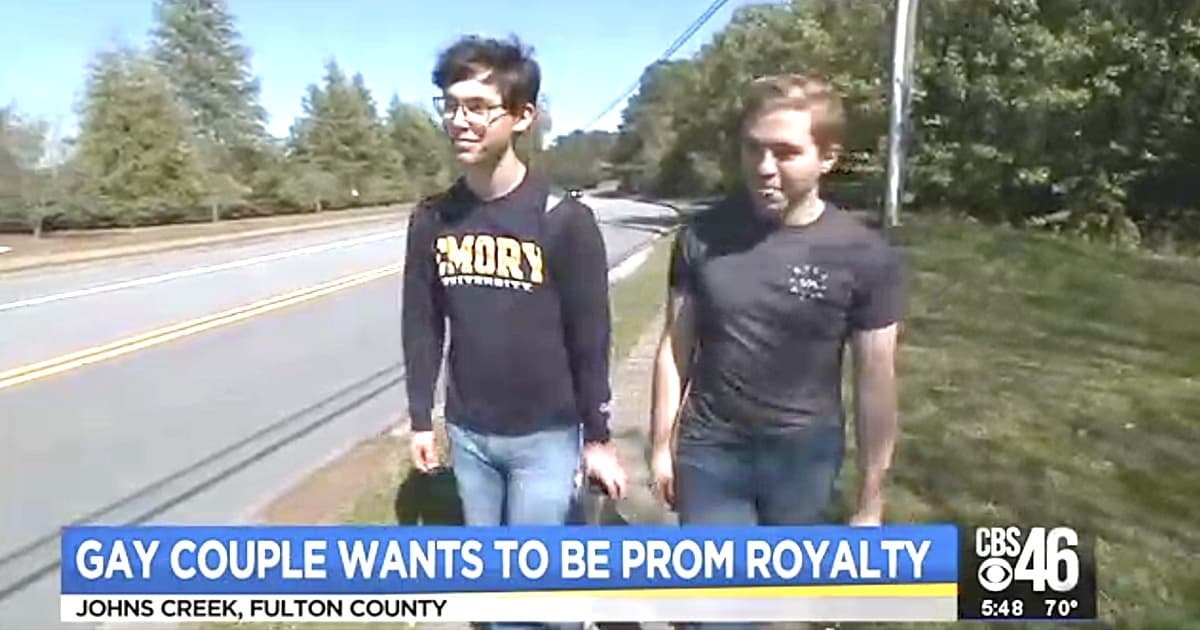 Joel Lerner and Carter Hebert, a gay couple at Chattahoochee High School in Johns Creek, Georgia, are being told by Fulton County Schools that though they are nominated, they can’t become Prom King and Prom King because of ballot issues.

They are calling it discrimination.

CBS46 reports: “The two male students, who are in a relationship together, said they were both nominated to be named prom king. They campaigned in the hopes that they would both be able to win the title of prom king and be the first gay couple in the school’s history to hold the title of Prom Royalty. The two students said when they spoke with school administrators, they were told that despite the fact that a straight couple was also nominated to be named Prom Royalty, the process of election would not change. The two male students proposed opening the election process from one list of male candidates and one list of female candidates to a list that included both sexes, and students would vote for the two best options.”

Said Hebert to FOX5: “We’ve been lucky because we’ve never really been facing discrimination, especially in the area we’ve grown up in, and from the school, which has been amazing. But when it came to this, we were hoping they would do what they normally did and gave us equality and let us run together.”

The students have launched a petition calling for equal prom rights.