RICHARD PAINTER. Former GOP White House lawyer running for Al Franken’s seat in Minnesota, as a Democrat: “Painter served as chief White House ethics lawyer to President George W. Bush. He’s emerged as a top Republican critic of Trump and is a frequent guest on MSNBC and CNN. His entry as a Democrat triggers an endorsement fight and potentially a primary for Democratic Sen. Tina Smith, who was appointed to take Franken’s seat after he resigned.” 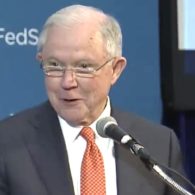 JUSTICE DEPT. Sections on press freedom and racial gerrymandering get deleted from internal manual: “The changes include new sections that underscore Sessions’ focus on religious liberty and the Trump administration’s efforts to crack down on government leaks — there is new language admonishing prosecutors not to share classified information and directing them to report contacts with the media.”

CARL ICAHN. EPA grants waiver to an oil refinery owned by billionaire Carl Icahn: “The waiver enables Icahn’s CVR Energy Inc to avoid tens of millions of dollars in costs related to the U.S. Renewable Fuel Standard (RFS) program. The regulation is meant to cut air pollution, reduce petroleum imports and support corn farmers by requiring refiners to mix billions of gallons of biofuels into the nation’s gasoline and diesel each year.”

SUN TRAPP. Utah gay bar mourns owner, isn’t going anywhere: “Goulding, 62, died April 9 from pancreatic cancer. Many of his friends and family turned out at the Sun Trapp, the Salt Lake City gay bar he owned, to pay tribute with stories and remembrances.”

ON THE CALENDAR. Trump to attend NRA convention. 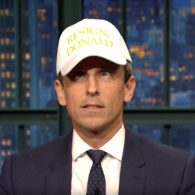 NYT. Justice Kennedy, please stay: ‘Do you want to give your seat to a president whose campaign and administration are under criminal investigation, whose closest aides have been indicted or have pleaded guilty to federal crimes? A president with so little regard for or understanding of the role of the judiciary, the separation of powers and the rule of law? A president who nominated to the federal bench someone who called you a “judicial prostitute”?’

KICKSTARTER OF THE DAY. Gay singer-songwriter Tom Goss is looking for funding for his new album.

Previous Post: « Janelle Monae to CBS Sunday Morning: ‘I am Very Proud to Be a Queer Young Black Woman in America’ – WATCH
Next Post: Drag Queen Ada Vox Eliminated from ‘American Idol’ After Taking on The Lion King’s ‘Circle of Life’ – WATCH »