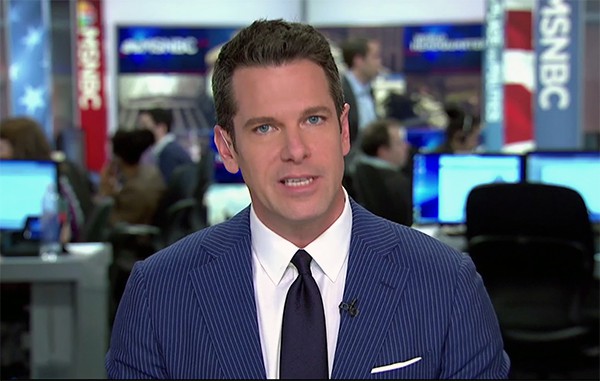 Former NBC anchor Thomas Roberts provides more proof that Trump lied to fired former FBI Director James Comey about not spending the night in Moscow on the weekend, according to the infamous Steele dossier, he allegedly watched sex workers pee on each other at the Moscow Ritz.

Trump had told Comey that he didn’t even spend a night in Moscow. That statement has already been contradicted by his bodyguard Keith Schiller and by recently revealed flight records.

Said Roberts to The Daily Beast: “The first time I met Donald Trump it was in Moscow on November 8th, 2013. I taped a sit-down interview with Trump the next day on November 9th. That was also the date for the Miss Universe broadcast. During the after-party for the Miss Universe event, Mr. Trump offered to fly me and my husband back to New York. He said he would be leaving directly from the party. We were unable to accept the invitation. That was the early morning hours of November 10th.”

Roberts would not say if he had spoken with special counsel Robert Mueller’s team about the timeline.