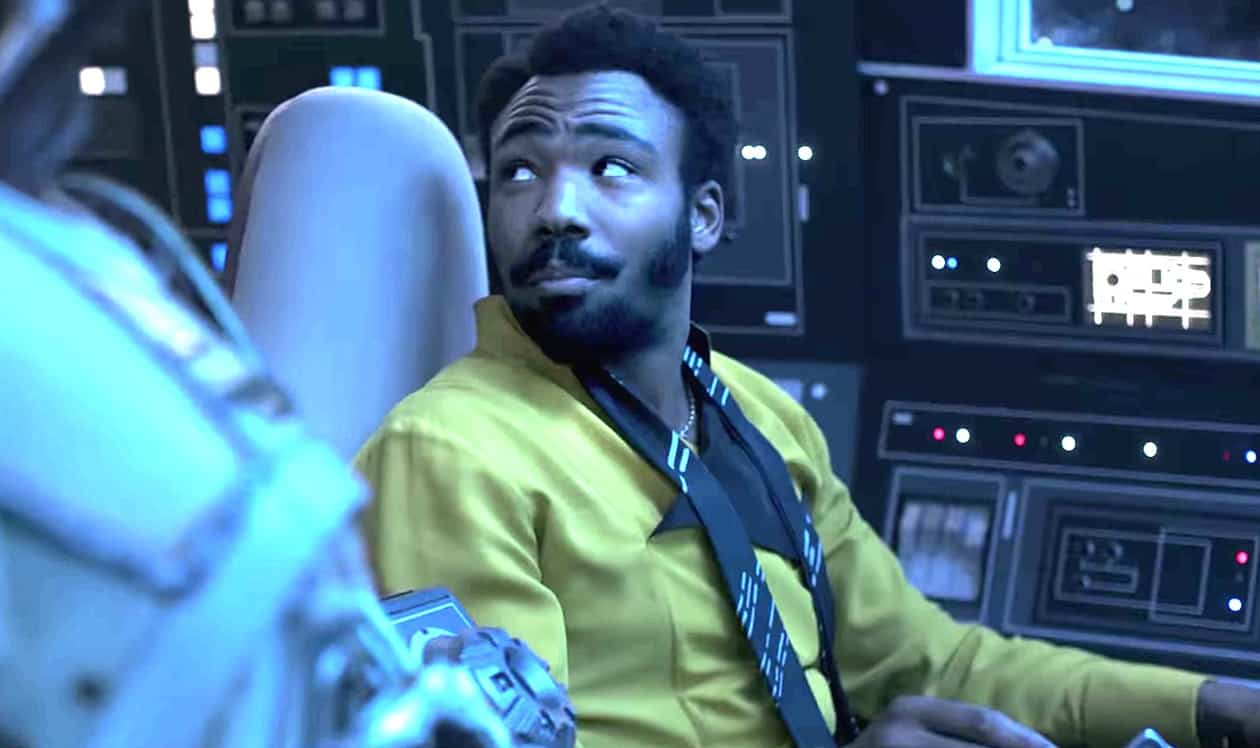 Lando Calrissian is sexually fluid, according to screenwriter Jonathan Kasdan, who co-wrote Solo: A Star Wars Story with his father, Lawrence Kasdan.

Said Kasdan to the Huffington Post: “I would say yes. There’s a fluidity to Donald and Billy Dee’s (Lando in the Star Wars trilogy) sexuality. I mean, I would have loved to have gotten a more explicitly LGBT character into this movie. I think it’s time, certainly, for that, and I love the fluidity—sort of the spectrum of sexuality that Donald appeals to and that droids are a part of. He doesn’t make any hard and fast rules. I think it’s fun. I don’t know where it will go.”

The Daily Beast’s Ira Madison isn’t impressed: “This queerbaiting is the best they can do? It is condescending, somehow even more so than the vague insistence that two male characters in the new trilogy, Finn and Poe, might possibly have a relationship. The chemistry between the two, much like Han and Lando’s, inspired fans to create fan fiction and fan art shipping a supposed relationship between them. It’s part of why everyone continues asking Star Wars writers and directors if anything is going to happen on the queer front. But it’s also a lot of pandering on the studio’s part.”

Neither is Megan Farokhmanesh from the Verge: “Kasdan’s assertion that Lando ‘doesn’t make any hard and fast rules … it’s fun’ falls into a long, damaging tradition of conflating pansexuality with promiscuity. Embracing sexual attraction to whomever catches your interest isn’t about being a rule-breaker. Portraying it as such is lazy shorthand for ‘wild and free’ thinking.”

Adds Madison: “Teasing the possibility of characters being gay in the media, however well-meaning, isn’t useful. Particularly if it’s not actually in the text. This is reminiscent of JK Rowling’s claims that Dumbledore is gay after the conclusion of her Harry Potter franchise. An LGBTQ audience does not benefit from interviews wherein the creators retroactively attach specific sexualities to their characters. It’s not representation, it’s queerbaiting and playing both sides of the fence. No one will actually admit that they’re worried what including a queer character might mean to fans or international sales. No one will admit that there aren’t any queer people writing and directing Star Wars films either, so maybe those creators are reticent to write something they don’t know.”

Bonnie Burton at CNET, who is ‘pansexual’ herself, has a different view: “…as a fan, I love that we’re at least getting more diverse characters in Star Wars films at all. Knowing that Lando — a popular character in the franchise who might get his own movie — could be pansexual is more than just groundbreaking for mainstream sci-fi films, it’s a personal affirmation that I might finally feel represented in Star Wars.”

Previous Post: « ‘Alone in the Game’ Explores the Struggle to Be Openly Gay or Transgender in Pro Sports: WATCH
Next Post: Obamas Ink Deal with Netflix to Produce Series, Documentaries, and Feature Films »