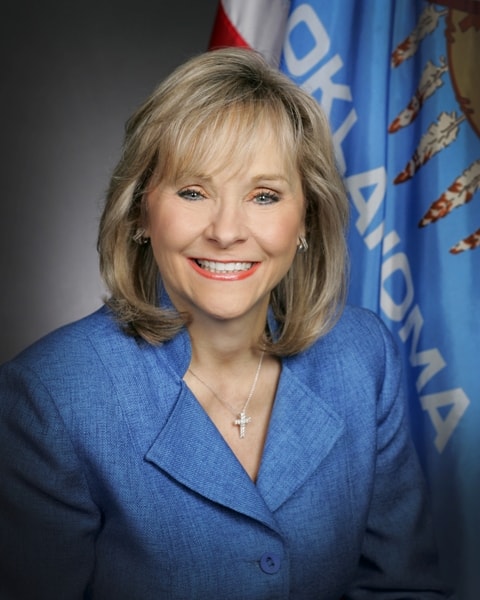 Adoption and foster care agencies in Oklahoma can now deny gay couples who want to adopt or be foster parents based on the agency’s religious beliefs, thanks to a bill signed into law by Governor Mary Fallin on Friday.

Oklahoma is the first state in 2018 to write anti-LGBT discrimination into law, and Kansas may follow with a similar bill awaiting the signature of Governor Jeff Colyer.

Writes Currey Cook, Counsel and Director, Youth in Out-of-Home Care Project, Lambda Legal: “With the stroke of a pen, Oklahoma Gov. Mary Fallin earns the dubious honor of becoming the first governor in 2018 to write anti-LGBT discrimination into law and withhold loving homes from Oklahoma children. We will work hard to ensure other governors will think twice before adding their names to this roll of heartlessness and cruelty. There are children in the Oklahoma child welfare system in desperate need of loving families. And there are loving and qualified LGBT individuals and couples in Oklahoma who want nothing more than to give those children the warm, caring and safe environment they deserve. SB 1140, much like SB 284 in Kansas, works to withhold those families from those children. It gives special permission to religiously-affiliated government-funded child welfare agencies to place the agencies’ beliefs above the needs and best interests of children in care and discriminate against parents who are trying to provide a loving home. We hope that other governors, most immediately Kansas Gov. Colyer, will not follow Oklahoma’s example and will put the needs of the child first. To deny qualified parents eager to foster or adopt children in need of loving homes because of their sexual orientation or gender-identity or particular religious belief is not only wrong, but impacts the most vulnerable the most.”

Said JoDee Winterhof, Senior Vice President of Policy and Political Affairs at the Human Rights Campaign: “It is shameful that Gov. Mary Fallin has signed into law a patently discriminatory law that targets children. Gov. Fallin has cemented her legacy, siding with discrimination and the legislature in throwing kids under the bus to create a ‘license to discriminate’ against LGBTQ Oklahomans. With this action, Oklahoma has the negative distinction of being the only state[s] to sign an anti-LGBTQ bill into law this year. Oklahoma’s leaders must live with that, and live with the reputational fallout that it may bring. This is wrong.”

Said Troy Stevenson, Executive Director of Freedom Oklahoma: “While we are deeply disappointed that Governor Fallin choose to sign discrimination into law, we are more concerned about the children – desperately looking for homes – that will be harmed by this disgraceful legislation. And the countless young people who will be stigmatized by state sanctioned hate. Make no mistake, we will fight for the most vulnerable Oklahomans targeted by this law. Our message to Governor Fallin, and the lawmakers who championed this travesty is simple: we’ll see you in court!”

“The new law will bring more adoption services to the state and allow crucial faith-based agencies to continue their decades-long tradition of caring for Oklahoma’s most vulnerable children,” the bishops said in a statement.

Previous Post: « Michael Avenatti Trolls Giuliani with Old Clip of Trump Hitting on Him in Drag: ‘I’m Not the Only Pimp’
Next Post: Ding Dong I’m Gay: WEB SERIES »