BACK TO JAIL?  Former US Attorney tells Paul Manafort to pack his toothbrush when he goes to court: “Prosecutors hate this, judges hate this, and he’s going to have to bring his toothbrush to court on Friday because the statute says, if they find this happened, there’s a presumption that no circumstances exist that will get him safely there for trial.”

REVIVED. Katy Perry’s assistant is a hero for saving her dog with CPR. 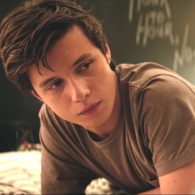 INDIA. Petition campaign launched after country hasn’t scheduled the release of Love, Simon: “India is considered as a progressive country but still hasn’t scheduled the release of Love, Simon in the cinemas despite the movie being released in majority of the countries. It’s been more than 2 months and the LGBT+ community has been patiently waiting for the movie which finally gives the community some representation.”

DARREN CRISS. No longer has a problem with being naked on screen.

IN CASE YOU WERE WONDERING. Nate Berkus and Jeremiah Brent responded to the anti-gay baker ruling: “Our response has always been to live openly and honestly, and we’re going to continue to do that. That is our reaction, you know, we’re not going anywhere.  Our message as a couple has always been about inclusion. We don’t judge other people who are different than we are. We would prefer that other people don’t judge us, but we understand the world that we live in.”

I AM A BIG GAY HOMO. Instagram and Snapchat GIF stirs controversy. 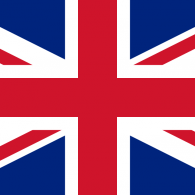 OWEN JONES. The government’s treatment of gay refugees shames Britain: ‘The prime minister herself repeatedly voted to keep anti-gay laws until a few years ago. While it was a Tory government that introduced equal marriage – though most Tory MPs did not vote for it – this is an issue of life and death for gays, lesbians and bisexuals. It is also, in part, about our colonial legacy. Many of the countries they face deportation to have anti-gay laws that were designed while the British were in power. We have a moral duty to offer support and safety to LGBT people fleeing repression for which Britain shares responsibility. Yet, according to Home Office figures released last year, of 3,535 asylum claims related to sexuality over a two-year period, a staggering two-thirds were rejected. The government hopes that the furore over Windrush has dissipated, that scrutiny of the “hostile environment” and the injustices it perpetrates has gone. That must not happen.’

ART ACROSS AMERICA. Largest public art campaign in U.S. history: “For Freedoms, a political art organisation, plans to erect thousands of billboards and signs across the United States with a political message. Titled the 50 State Initiative, the $1.5 million project is the largest public art campaign in American history. As ArtForum reports, over 175 artists and 200 partners are involved: its founders Hank Willis Thomas and Eric Gottesman, and artists including Sam Durant, Marilyn Minter, and Tania Bruguera.”

TONY AWARDS. The Musical. With Josh Groban and Sara Bareilles.

HOW IT’S MADE OF THE DAY. Pringles.