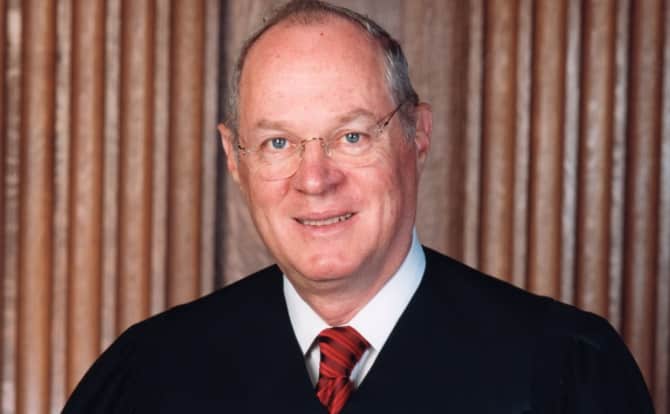 Justice Anthony Kennedy, SCOTUS’ swing vote for the past decade, is retiring from the Supreme Court effective July 31, he said in an announcement today: “The 81-year-old Kennedy said in a statement he is stepping down after more than 30 years on the court. A Republican appointee, he has held the key vote on such high-profile issues as abortion, affirmative action, gay rights, guns, campaign finance and voting rights.”

Kennedy’s retirement will allow Donald Trump the opportunity to install another Justice to the court.

Trump said, following Kennedy’s announcement, that his Supreme Court pick would come from this list of previous potential nominees.

Senate Majority Leader Mitch McConnell, who blocked President Obama’s nomination of Merrick Garland in 2016, said that “the Senate stands ready to fulfill its constitutional role by offering advice and consent … we will vote to confirm Justice Kennedy’s successor this fall.”