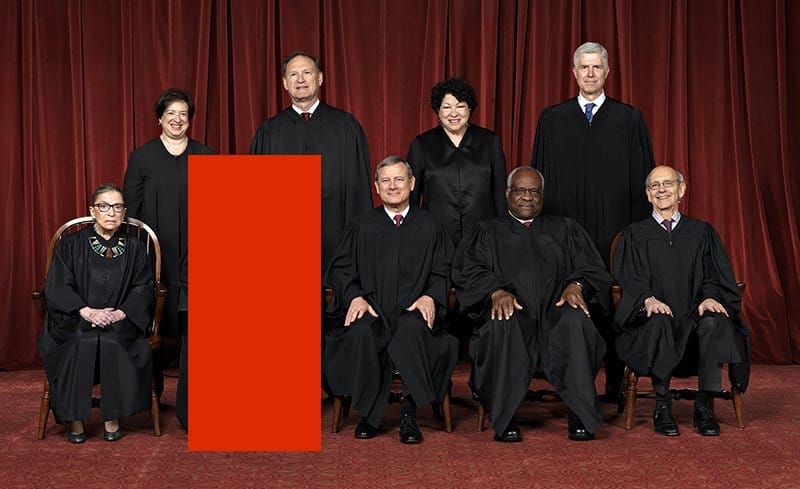 I have a lot of feelings about Justice Kennedy’s retirement.

I’m angry. Angry at Republicans who stole a seat away from President Obama. Angry at those who said there was no difference between Hillary and Donald Trump. Angry at those Democrats who sat out the 2010, 2014, and 2016 elections. Angry at those caught up in a false media narrative about emails. Angry that we could have stopped this had we been smarter.

I’m worried. Worried for our country. Worried that I’m not doing enough to solve the problem. Worried that real people–mostly persons of color, sexual minorities, and women–are getting hurt while the junta running our country props up the white patriarchy and lines the pockets of wealthy corporations.

I’m in despair. Justice Kennedy’s replacement could create a solid conservative majority for generations, undermining a woman’s right to choose, anti-discrimination laws, and every protection the queer community has fought for and won over the last three decades. Kennedy was no liberal; his entire career, not just his last few opinions siding with the Court’s other conservatives on unions, abortion clinics, and the Muslim ban, prove he is a conservative through and through. That he was considered a “swing justice” says far more about the conservative center of gravity on the Court than it does Kennedy. But he did author the so-called “gay rights” decisions of Romer, Lawrence, Windsor, and Obergefell. If his replacement looks anything like Justice Gorsuch, all of those decisions are in jeopardy.

Kennedy’s career, his opinions affecting queer communities, his decision to retire, and the politics surrounding it deserve separate columns, and they are all coming soon. But his retirement means one thing right now:

It’s time for progressives to make the federal courts a galvanizing campaign issue!

This had been difficult in the past for a few reasons.

First, law is sometimes inaccessible to your average voter, and the progressive movement utterly lacks a counterweight to the powerful Federalist Society, a conservative organization that both cultivates young conservative legal scholars and works to engage conservative voters on behalf of right-wing legal interpretation. The American Constitution Society does none of that.

Second, progressives have long lived in a legal environment that seems to tilt in their favor. After all, abortion is legal, gays can marry, and we have free speech. It requires progressive to read after the headline to realize that the world is not so rosy. Conservative federal judges have put burdens on a woman’s right to choose; there are several states that are about to be without any abortion providers because of the restrictions states are now allowed to put on those providers. Gays can marry, sure, but they, and their transgender comrades, can be discriminated against left and right. Free speech is awesome, but a libertarian approach to the First Amendment allows those with the biggest megaphone (the richest) to silence the rest of us.

Third, Democratic politicians have shied away from “politicizing” the judiciary. That’s why we’ve gotten solid moderates from Presidents Clinton and Obama. Republicans have long ago abandoned that mantra, which is why they’ve given us radicals and shifted the judiciary far to the right.

All of this has to change, and it has to change now. We need new progressive institutions that make a progressive judiciary the goal. We need political candidates who don’t shrink from making the courts the issue. We need to scare our voters just like conservatives have been doing for years: “Obama is going to take away your guns and overturn the Second Amendment,” “Vote for me and I’ll vote for judges who will overturn Roe v. Wade and end the murder of babies.” Those have been campaign planks for years. There is nothing like that on the left.

So, what can we do? Take the day to despair, and to hug your friends and loved ones. And tomorrow, get to work.

The Democrats have precious little leverage to beat back an arch-conservative nominee. There is no filibuster for Supreme Court nominees. Huge protests like we saw at the beginning of the Trump presidency may persuade Susan Collins and Lisa Murkowski, but don’t bet on it. Both of those senators like to leverage moderate rhetoric for a while before folding to the conservative leadership in the end. The Democrats could take back the House in November, but Senate Republicans seem far more secure and, in any event, the House plays no role in court nominations.

Therefore, we have to make the Court a campaign issue. It will take generations. It will take engagement by civil society over and above what progressives have been doing to date.