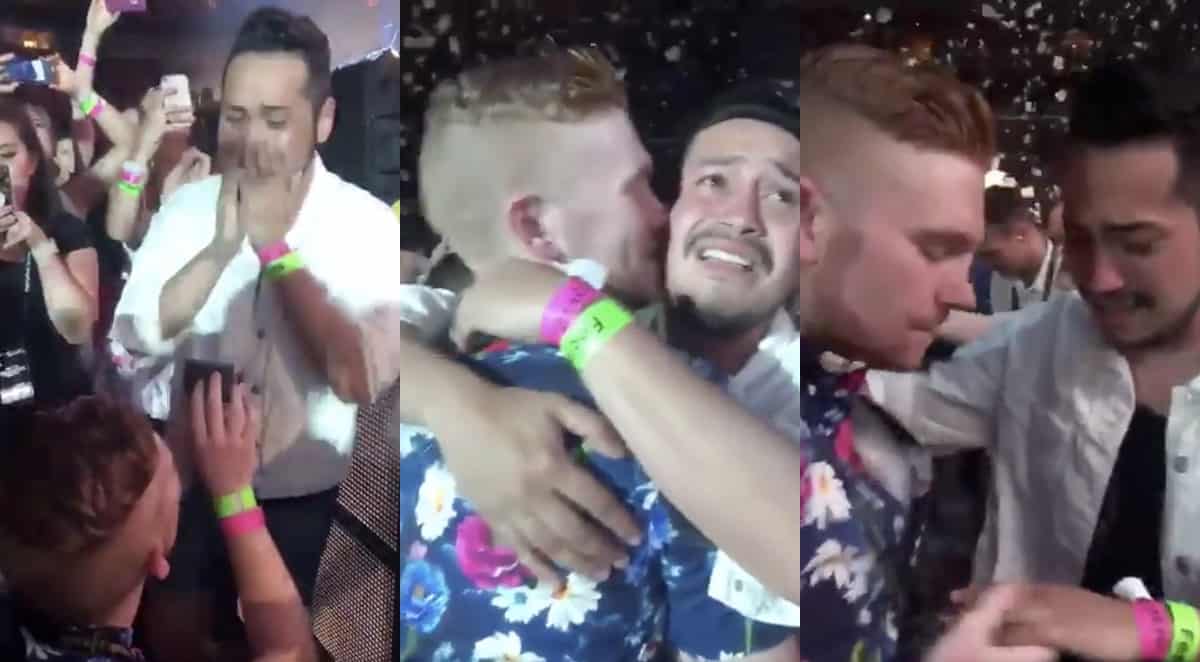 A gay Taylor Swift fan named Ric got the surprise and thrill of his life when his boyfriend proposed to him at her concert in Washington D.C. on Wednesday night.

Tweeted Ric: “He asked me to marry him while Taylor Swift was singing our song in front of us and I said ABSO-FUCKING-LUTELY.”

Ric later tweeted a touching video of the moment he popped the question, as Swift sang “Call It What You Want”.

Previous Post: « Gay Man Posts Defiant Smiling Bloody Selfie Moments After Homophobic Attack: ‘U Will Get What’s Coming to U’
Next Post: Here’s the First Episode of ‘West 40s’, a New Web Series About the Single Lives of 40-Something Gay Men: WATCH »