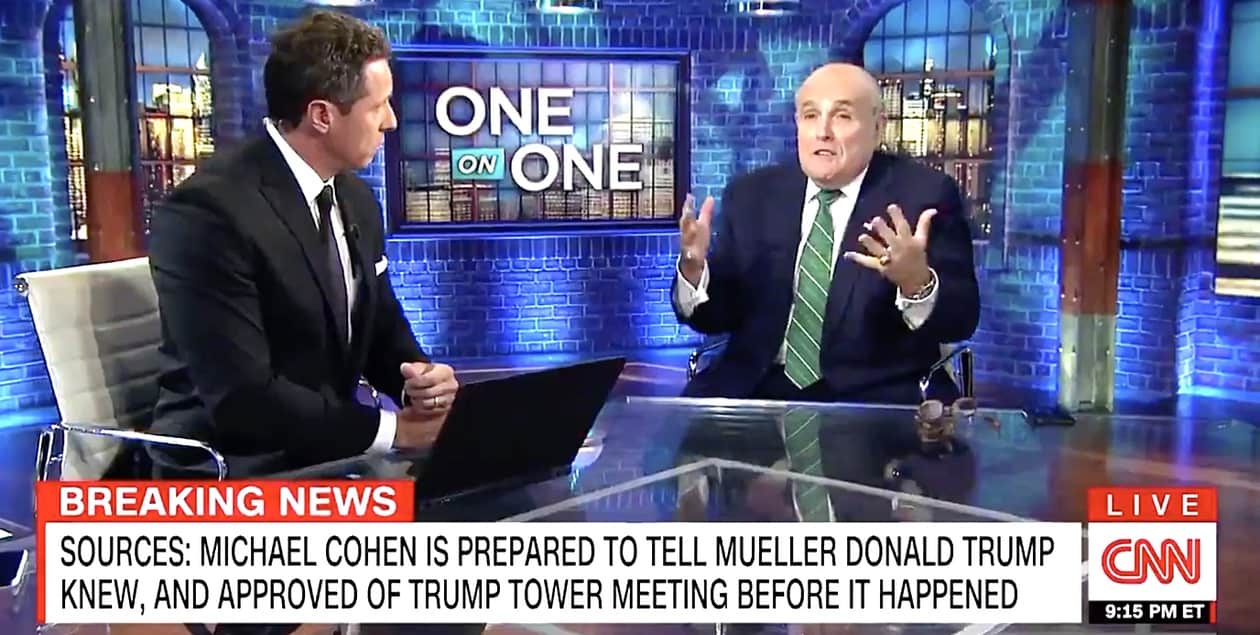 In an assertion that would “contradict repeated denials by Trump, Donald Trump Jr., their lawyers and other administration officials who have said that the President knew nothing about the Trump Tower meeting until he was approached about it by The New York Times in July 2017.” Trump’s former lawyer Michael Cohen said that Trump knew about it in advance, CNN reports.

Cohen is ready to inform special counsel Robert Mueller of that fact, CNN adds: “Cohen alleges that he was present, along with several others, when Trump was informed of the Russians’ offer by Trump Jr. By Cohen’s account, Trump approved going ahead with the meeting with the Russians, according to sources.”

Said Giuliani: “He’s been lying all week, he’s been lying for years. The tapes that we have demonstrate any number of very serious lies back a year and a half ago, including his fooling people, hiding tape recordings, telling them they aren’t recorded, lying to their face, breaking faith with them. I don’t see how he has any credibility.”