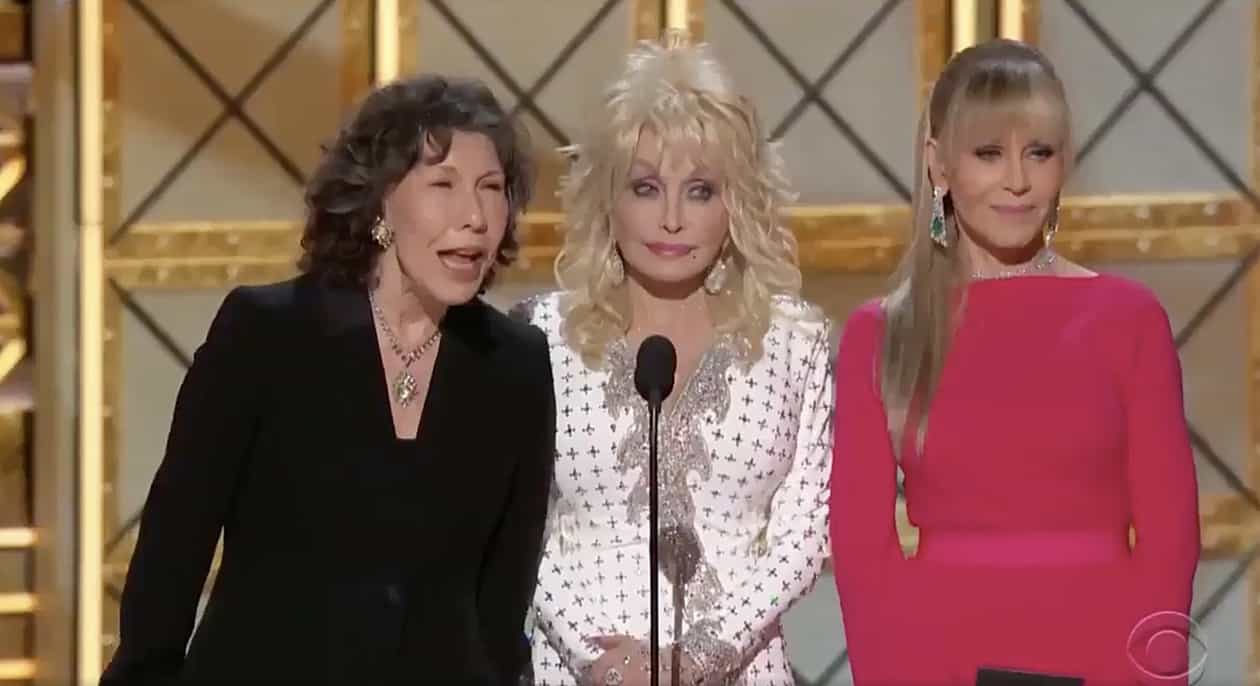 Speaking at an event promoting the HBO documentary about her life, Jane Fonda confirmed that a sequel to the 1980 classic comedy 9 to 5 is happening, and Lily Tomlin and Dolly Parton are on board to reprise their characters.

Said Fonda, according to The Hollywood Reporter: “My role is as an executive producer, and I’m working with the writers, with Lily, and talking to the writers. Right now, Dolly, Lily and I are all intending to be in it.”

Previous Post: « Stephen Colbert Leaks the Video That Goes with the Trump-Cohen Secret Recording: WATCH
Next Post: Michael Cohen: He’s ‘Not Going to Be a Punching Bag’ for Trump Anymore »