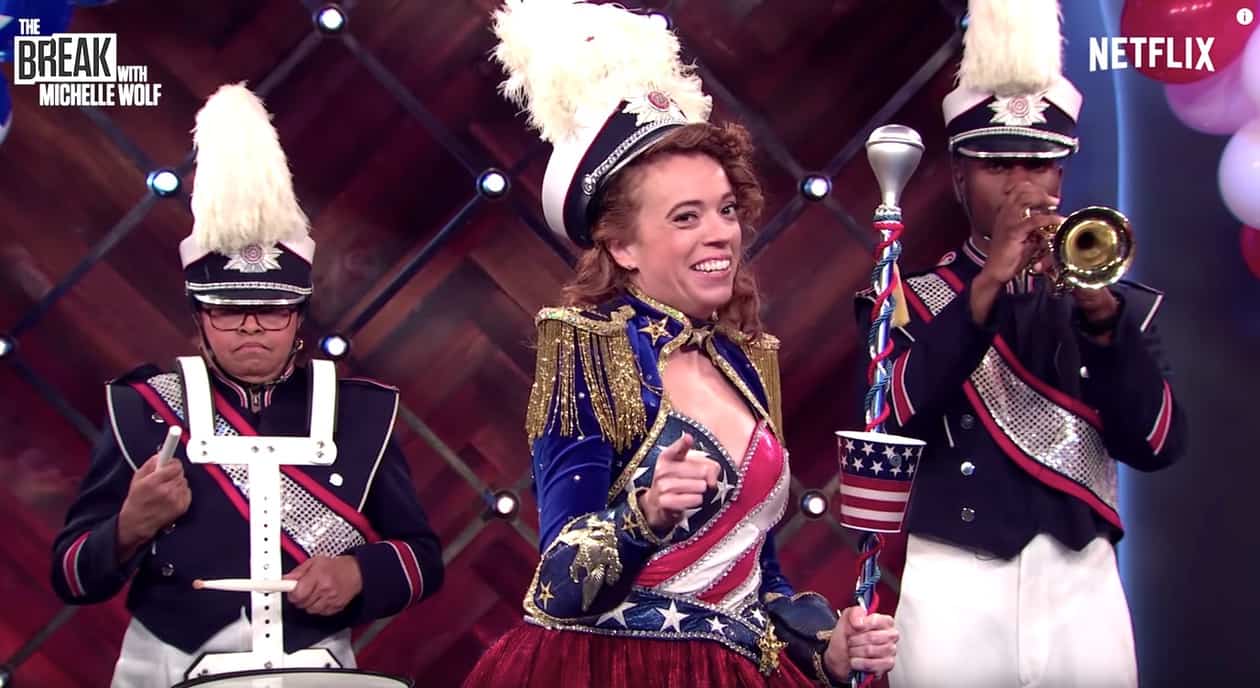 On The Break, Michelle Wolf took on Trump’s upcoming Supreme Court nomination with a patriotic salute to abortion that pointed out the hypocrisy of “pro-life” people, and of Trump’s getting to choose the nominee.

Said Wolf: “It’s so ironic that Trump could be the guy that ends legal abortion. That dude has been responsible for more abortions than the invention of back alleys.” When the audience groaned at that comparison, Wolf added, “We were originally gonna use coat hangers. And before that, stairs.”

She went on: “I know some people call themselves ‘pro-life’. But ‘pro-life’ is a propaganda term that isn’t real, like healthy ice cream and handsome testicles. Get the terminology straight. First of all, these people are anti-abortion, which means their anti-woman. If these people were actually pro-life, they’d be fighting hard for healthcare, childcare, gun control, education and protecting the environment. But these anti-abortion do not care about life, they just care about birth. Like they think that’s the only place you can watch a woman sh*t on a table!””

And she took aim at men who want to control women’s bodies: “Now, men, I’m sorry, I’m sure this brings up a lot of feelings and thoughts and points that you want to make, and I just want you to know that that’s all very irrelevant.”

Wolf concluded the segment with a musical Salute to Abortion complete with a marching band, yelling “God bless abortions, and God bless America.”