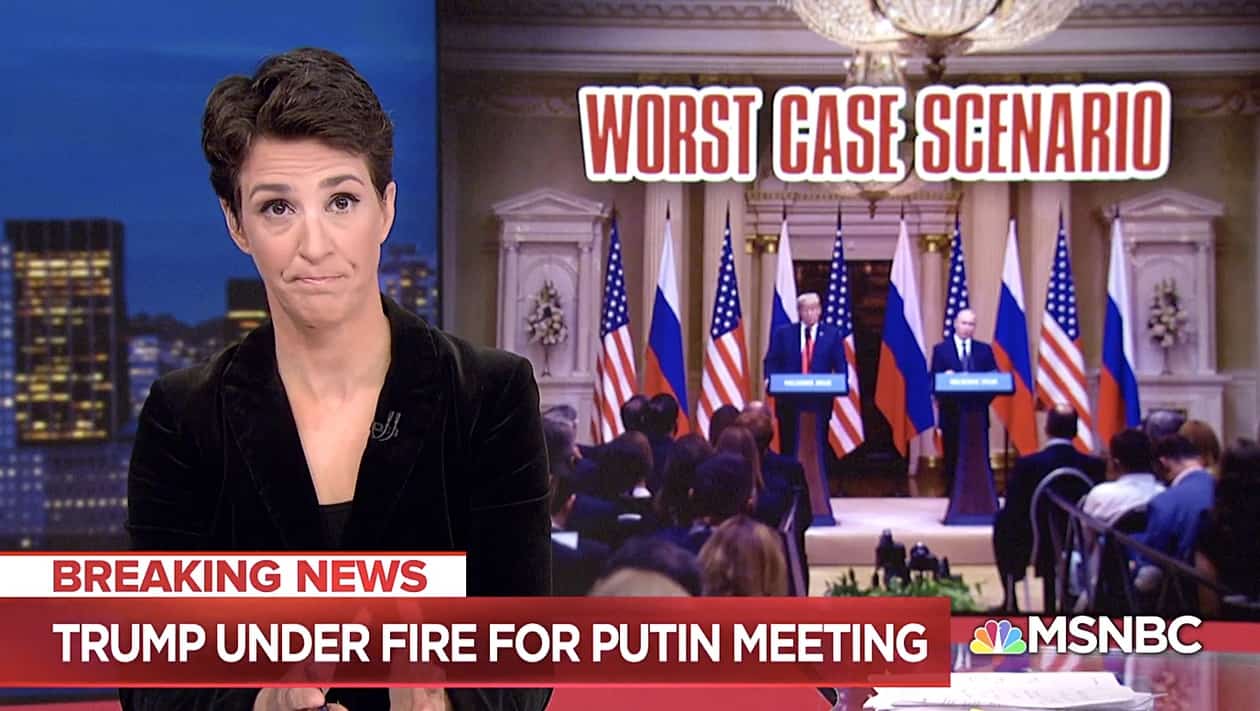 Rachel Maddow took a deep breath before launching into last night’s deep dive, the national security crisis our nation finds itself in after the U.S. president sided with another country over his own.

Said Maddow: “Things are at a boil, things are going fast now. This is a time when everybody needs to pay attention.”

Maddow then listed off a series of “inexplicable” hires by Trump that are only explainable by one thing: “There is no explicable scenario for any of those things, unless you are willing to believe the worst.”

She added: “For everything that we have been through as a country, for every kind of trial and challenge and intrigue and embarrassment and scandal that we have been through as a nation, we haven’t ever had to reckon with the possibility that somebody has ascended to the presidency of the United States to serve the interests of another country rather than our own. What’s the corrective to that? How do you remedy that? These are no longer hypothetical questions.”

And: “Before today no serving US president has ever before taken sides with a foreign government against our own. Let alone a foreign government that has just attacked our country. And if the president did that today because he has some reason to serve that other country rather than our own, then a lot that has previously been inexplicable is now explicable. And that’s the worst case scenario. And, deep breath, it means that we are going to have to come to terms with this as a country. And we’re going to have to come to terms with what we need to do next as a country to fix this. And in order to do that, the blinders have to come off. We have to be real.”

Maddow then looked into several other things that are going on that will help us figure out how to deal with this, particularly the indictment yesterday of Mariia Butina, a gift, Maddow says, “that will keep on giving.”

Previous Post: « ‘FOX & Friends’ Host Brian Kilmeade Piles Praise on Trump, Begs Him Directly to ‘Correct’ His Mistake: WATCH
Next Post: Trump Thanks Rand Paul for Deranged Assertion That President is Victim of Hate: ‘You Really Get It!’ »