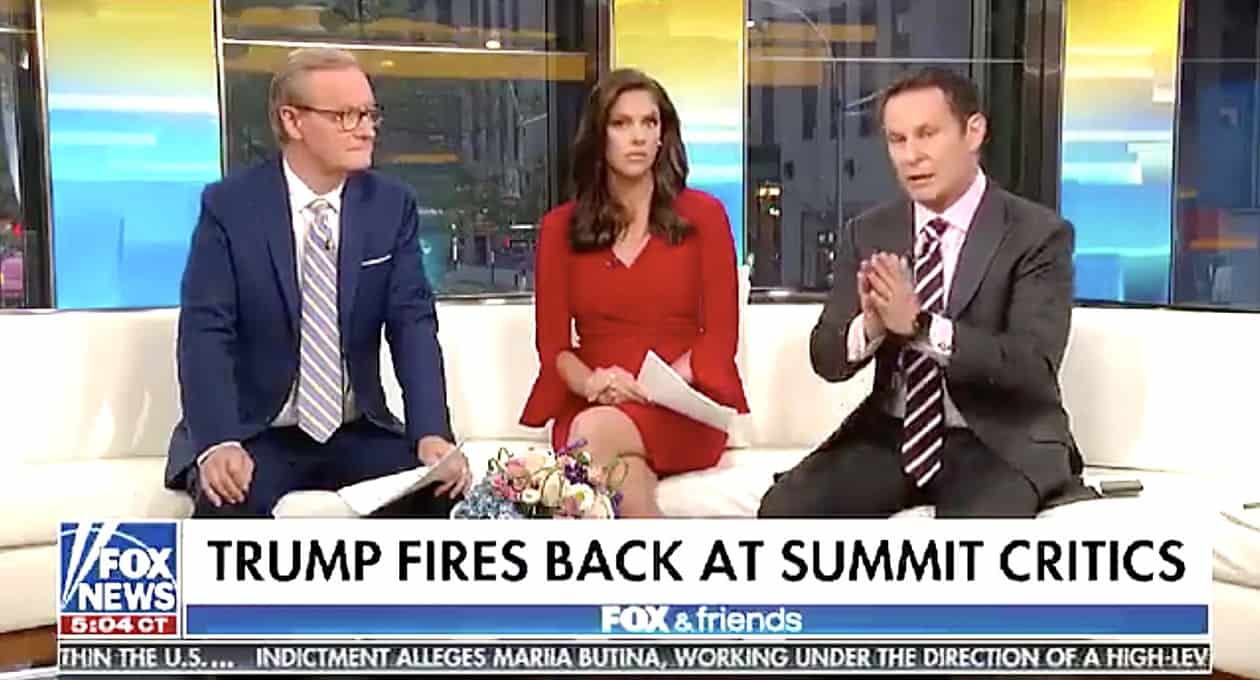 Said Kilmeade: The president’s under the impression — and I don’t know why still — that if he says the Russians hacked, it makes his election look illegitimate.”

Kilmeade then appealed directly to Trump, a regular viewer of the program: “I have news for you. Senator Schumer and Hillary Clinton will never get over the fact that you won the election. Neither will 16 Republicans get over the fact that you won the primary. Did the Russians help you with that? No. From the day you came down the escalator you shocked the world. From November, when everyone had you losing, you shocked the world. It wasn’t because of Russia. But Russia’s goal was to upend our electoral process. They hate democracy.”

Added Kilmeade: “And I will say this to the president. When Newt Gingrich, when General Jack Keane, when Matt Schlapp say the president fell short, and made our intelligence apparatus look bad, I think it’s time to pay attention. It’s easily correctable…nobody’s perfect.”

President Trump fires back at his critics over his meeting with Russian President Putin | @foxandfriends pic.twitter.com/cijS3BfUi4