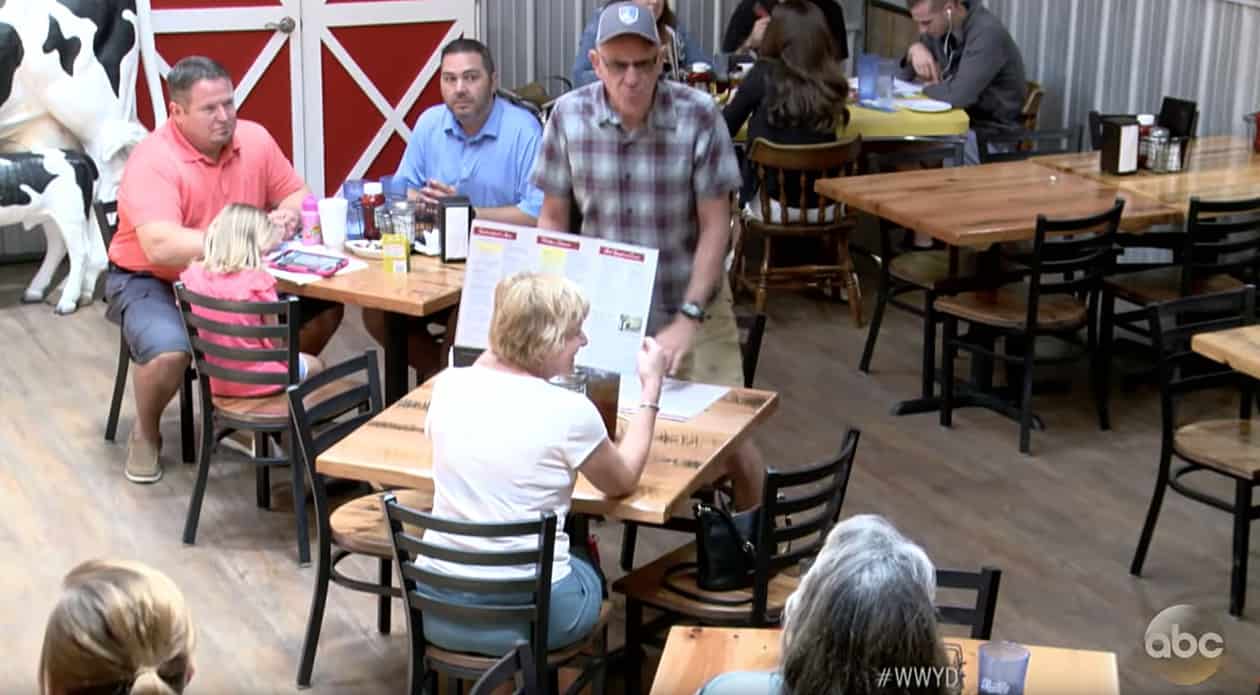 ABC News’ hidden camera show What Would You Do?, which loves its LGBTQ topics, took on gay adoption and foster care in a recent segment. The show began by noting that nearly 60,000 adopted and foster children are being raised by same-sex couples in the U.S. and married same-sex couples are raising more than 26,000 of them.

The show discussed how laws are different in various states regarding same-sex couples and wanted to see if attitudes were. In New York, gay couples are able to adopt regardless of marital status. But in places like Kentucky, joint adoption of a child by a gay couple was not allowed before the SCOTUS marriage equality ruling.

The show shot the same scenario in Orangetown, New York and Bardstown, Kentucky: A woman harasses a gay male couple with their daughter at a restaurant, loudly telling the couple she doesn’t agree with what she sees.

“I don’t think a child should be raised that way,” said the Kentucky harasser.

A straight couple sitting between them attempted to block the harasser’s view, before the man stood up and yelled at her: “Lady, are you nuts or something? This lady is annoying me, probably these other people. We need it stop. We didn’t come here to be annoyed by you.”

In another setup, the harasser screamed, “That’s an innocent child with two gay men raising her.”

A customer responded: “I’m a teacher. I see it all the time and the children do not have problems.”

In New York, a similar harassing customer was planted, and got a similar response.

“You need to lighten up lady,” said one male customer “You need to back off. You’ve got two people celebrating and demonstrating love for a child. You’ve got some nerve. It doesn’t matter. Love is love. Would you rather see that child homeless, starving to death? It’s not about your opinion. It’s about the welfare of a child, a human being. The problem in the world is not two men raising a child. The problem in the world is you making comments like that.”

The show did find one couple unwilling to defend the gay couple (because of their Bible), who also said they needed to pray for the harasser.

In part two of the segment, customers again stood up for the gay couple.

One New York customer was infuriated by the harasser, snapping at her: “My wife was raised by two women. It’s still love for the child and that’s all that f**king matters. You got a problem with that, f**king leave.”

Back in Kentucky, an entire restaurant stood behind the gay couple and applauded when the harasser left.

Previous Post: « Giuliani to Robert Mueller: Issue a Report Showing Trump’s Innocence Right Now, Then We Will Say You Were Fair
Next Post: John McCain Dead at 81 »