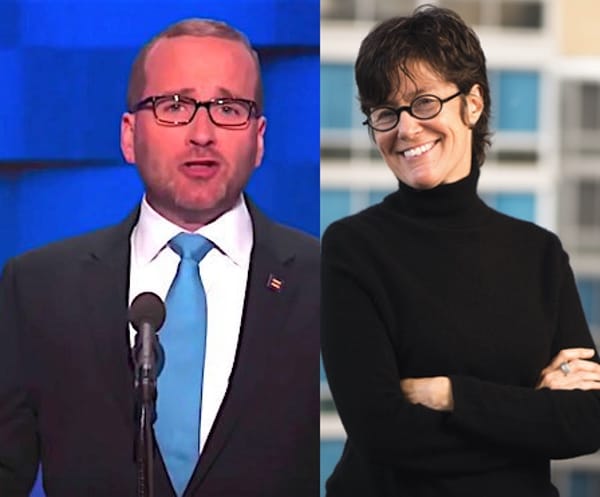 Mary Beth Maxwell, Senior Vice President for Programs, Research and Training in HRC’s educational arm, the HRC Foundation, has resigned following her use of the N-word in front of colleagues.

Politico Playbook reported:  “[Maxwell] resigned from the organization on Wednesday after a colleague of hers reported that she had used the N-word twice in front of a colleague. In an internal email to staff sent out earlier today, HRC President Chad Griffin said Maxwell had used the racist term once when recounting ‘an upsetting personal story’ and a second time when repeating ‘the word in describing an external situation that [she] found horrifying, in which racial and homophobic slurs were used.’”

After receiving initial findings from an internal investigation on Monday, Griffin writes he suspended Maxwell without pay, then on Wednesday accepted her resignation.

The memo suggests Maxwell didn’t intend to use the word in harmful way because Griffin writes “the lesson learned here is that not having bad intent in using the word does not make it acceptable.”

“I want to be clear: Intent does not matter,” Griffin writes. “It is impact of the word that matters. It is simply never acceptable for that word to be said by an employee in the workplace, period.”

As a result of the situation, Griffin said he sees the need for a formal policy on expectations for staff in responding to or discussing hate speech. That policy, Griffin writes, will be developed within two weeks and incorporated into mandatory staff trainings.

According to a bio that had appeared on HRC’s website, “Maxwell previously served in the Obama Administration as the Principal Deputy Assistant Secretary for Policy at the U.S. Department of Labor (DOL) where she was a key figure in shaping the Administration’s policy agenda for working families, including raising the minimum wage, expanding paid leave, ensuring labor standards for home care workers, and advocating for collective bargaining rights and workers’ voice in the workplace. She played a lead role in the Administration’s many accomplishments for LGBTQ workers. Prior to joining the Obama Administration, Maxwell was the Founding Executive Director of American Rights at Work, a leading voice for modernizing and reforming our nation’s labor laws. She has also served in various other senior-level positions at Jobs with Justice, NARAL Pro-Choice America, and the United States Student Association.  She lives in Washington, D.C., with her 15-year-old son.”