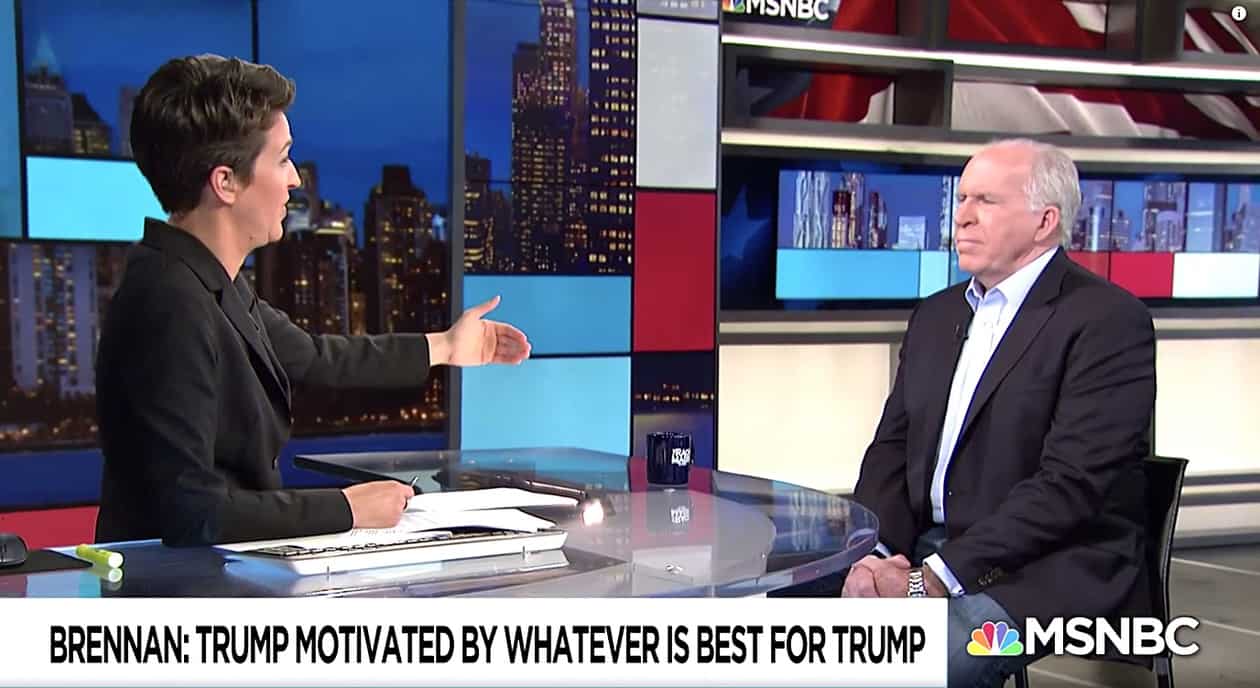 Former CIA Director John Brennan, whose security clearance was revoked by Donald Trump earlier this week as punishment for his support for the Russia investigation, told Rachel Maddow on Friday night that Trump is “drunk on power” and “abusing the powers” of the presidency.

Said Brennan: “The fact that he’s using a security clearance of a former CIA director as a pawn in his public relations strategy I think is just so reflective of somebody who, quite frankly, I don’t want to use this term maybe, but he’s drunk on power. He really is, and I think he’s abusing the powers of that office. I think right now, this country is in a crisis in terms of what Mr. Trump has done and is liable to do. And so, are the Republicans on the Hill — who have given him a pass — going to wait for a disaster to happen before they actually find their backbones and spines, to speak up against somebody who clearly, clearly is not carrying out his responsibilities with any sense of purpose and common sense from the standpoint of national security?”

Brennan to @Maddow: Are the Republicans on the Hill … going to wait for a disaster to happen before they actually find their backbones to speak up against somebody who clearly is not carrying out his responsibilities with any sense of purpose and common sense? pic.twitter.com/zzp8N1dA5s

Trump has also reportedly drafted more documents to revoke clearances from people and roll them out when media coverage of him is not favorable, the WaPo reports: “Trump wants to sign “most if not all” of them, said one senior White House official, who indicated that communications aides, including press secretary Sarah Huckabee Sanders and Bill Shine, the newly named deputy chief of staff, have discussed the optimum times to release them as a distraction during unfavorable news cycles.”