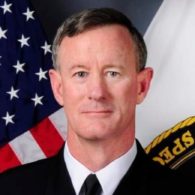 WILLIAM MCRAVEN. Retired Navy admiral who oversaw Bin Laden raid tells Trump to revoke his security clearance: “Former CIA director John Brennan, whose security clearance you revoked on Wednesday, is one of the finest public servants I have ever known. Few Americans have done more to protect this country than John. He is a man of unparalleled integrity, whose honesty and character have never been in question, except by those who don’t know him. Therefore, I would consider it an honor if you would revoke my security clearance as well, so I can add my name to the list of men and women who have spoken up against your presidency. Like most Americans, I had hoped that when you became president, you would rise to the occasion and become the leader this great nation needs.”

DRAG RACE. Pearl accuses RuPaul of breaking her spirit: “…in that moment it was so heartbreaking because I idolized her, I worshipped her, and I felt like it was so disrespectful…so Hollywood, rotted, and gross. How could you say that to someone who’s just, like, obsessed with you?”

Yup, I’m Muriel Bowser, mayor of Washington DC, the local politician who finally got thru to the reality star in the White House with the realities ($21.6M) of parades/events/demonstrations in Trump America (sad). https://t.co/vqC3d8FLqx 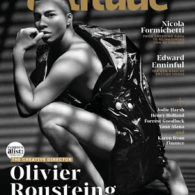 ON THE RAG. What’s new on the gay magazines

OHIO. Human Rights Campaign knocks on doors in support of Democrat Betsy Rader’s effort to defeat Republican Congressman Dave Joyce: “The visit is part of a $26 million nationwide campaign to mobilize the group’s supporters in the battleground states of Ohio, Pennsylvania, Michigan, Wisconsin, Arizona, and Nevada in hopes of winning more Democratic congressional seats in 2018 and ousting Donald Trump from the White House in 2020.”

OUT OF THE HOUSE. Stormy Daniels quits Celebrity Big Brother hours before premiere.

After winning a United States Supreme Court decision protecting his religious freedom, #JackPhillips of #MasterpieceCakeshop is now once again a victim of targeted harassment by the #left. If you believe in the #FirstAmendment, here is his #gofundme link: https://t.co/Isn6hmDwp5

PENNSYLVANIA PRIEST SEX ABUSE SCANDAL. Vatican breaks silence: “Regarding the report made public in Pennsylvania this week, there are two words that can express the feelings faced with these horrible crimes: shame and sorrow,” said Greg Burke, director of the Vatican’s Press Office.
“The Holy See treats with great seriousness the work of the Investigating Grand Jury of Pennsylvania and the lengthy Interim Report it has produced. The Holy See condemns unequivocally the sexual abuse of minors.”

NEW TUNE OF THE DAY. Janey Jackson and Daddy Yankee “Made For Now”.

Previous Post: « Trump Shouts at White House Reporters: ‘I Think the Whole Manafort Trial is…a Very Sad Day for Our Country’ – WATCH
Next Post: John Brennan to Rachel Maddow: Trump is ‘Drunk on Power’ and ‘Abusing the Powers of That Office’ – WATCH »