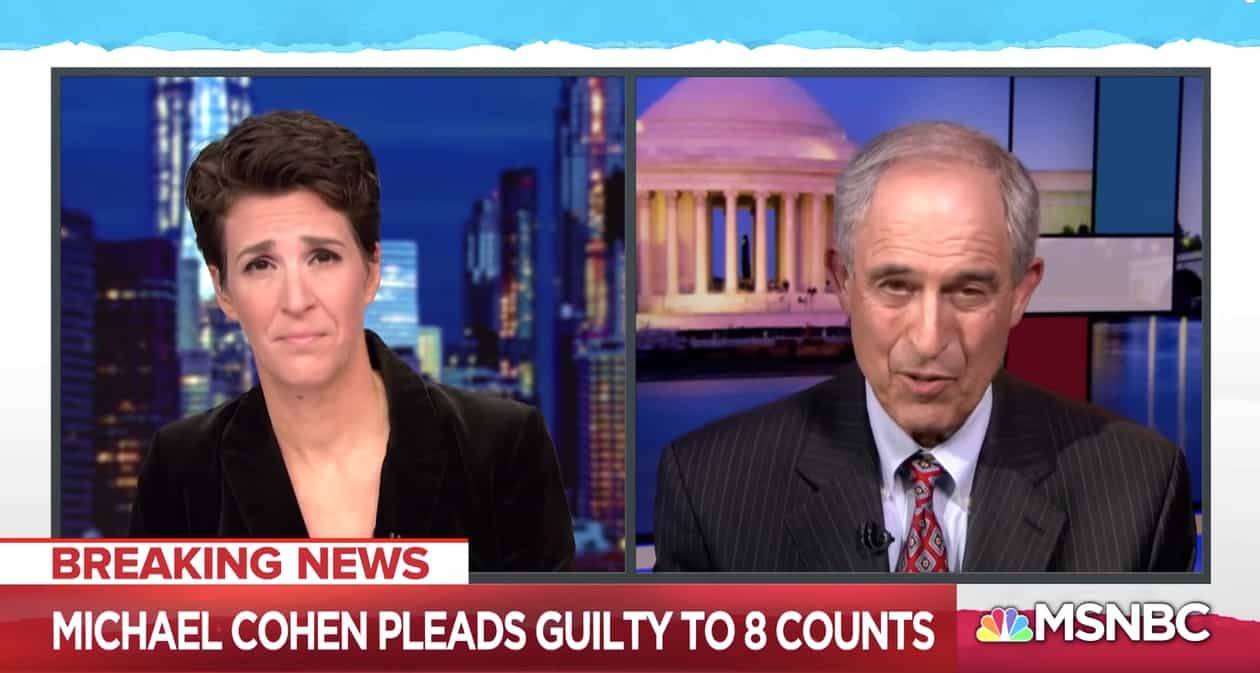 Said Davis: “Mr. Cohen has knowledge on certain subjects that should be of interest  to the special counsel, and is more than happy to tell the special counsel all that he knows. Not just about the obvious possibility of a conspiracy to collude and corrupt the American democracy system in the 2016 election, which the Trump Tower meeting was all about, but also knowledge about the computer crime of hacking and whether or not Mr. Trump knew ahead of time about that crime and even cheered it on.”

Davis also told Don Lemon that Cohen decided to talk when he realized Trump was a “danger” to the country.

Said Davis: “The only way to put it — it may sound a little bit syrupy — was patriotism and love of country, caused him to to recognize the danger of this particular president, his lack of suitability to be president of the United States.  And his decision, as he said to me late one night, to hit the reset button on his life and his previous loyalty to such a man that he considered, especially after Helsinki, to be a danger to our country as president of the United States.”