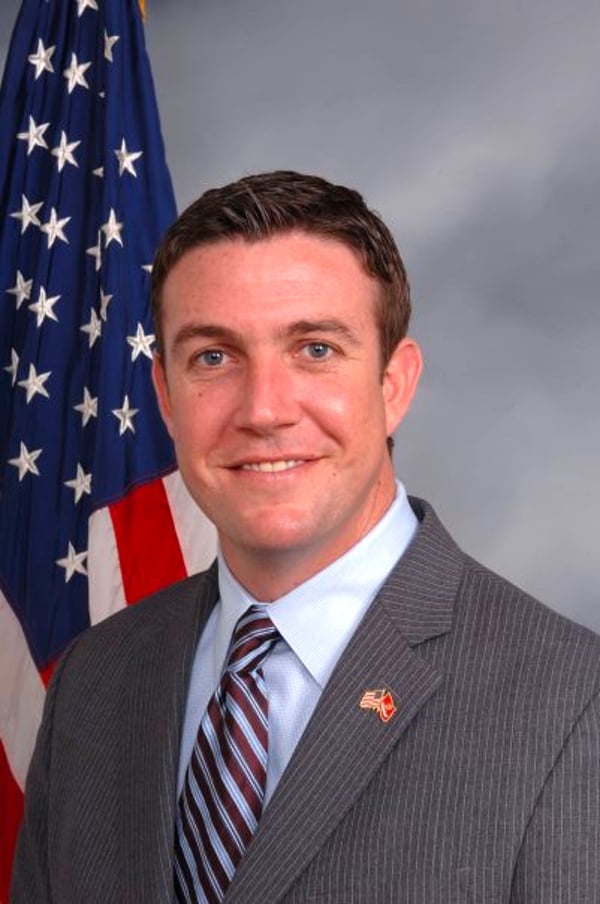 Rep. Duncan Hunter (R-CA) (you may recall him for his support of DOMA and attempts to block the repeal of DADT) and his wife Margaret were indicted for misuse of at least $250,000 in campaign funds for personal expenses on Tuesday. Hunter was an early Trump supporter. Read the indictment.

The Hill reports: ‘Hunter allegedly falsified campaign records filed to the Federal Election Commission (FEC) to conceal the purchases by mischaracterizing the expenses as “‘campaign travel,’ ‘dinner with volunteers/contributors,’ ‘toy drives,’ ‘teacher/parent and supporter events,’ ‘gift cards’ for charitable donations, and ‘gift basket items,’ among other false descriptions,” the DOJ said…Hunter’s wife — who was paid $116,000 by his campaign between 2010 and 2017 and given access to campaign funds as a consultant — dismissed campaign finance rules as “silly” when pressed by the campaign treasurer on her spending, according to the indictment.’

Democrats are eager to make a play for his seat, and Hunter is on the ballot.

Vox reports: “Hunter will face Democrat Ammar Campa-Najjar, who worked in Obama’s Department of Labor, in the general election in November, and who has repeatedly out-fundraised him. It was a risk that has been looming large over Hunter’s career for some time. Even his Republican colleagues were reportedly encouraging him to drop out. He didn’t, and now he faces serious charges just months before Election Day.”