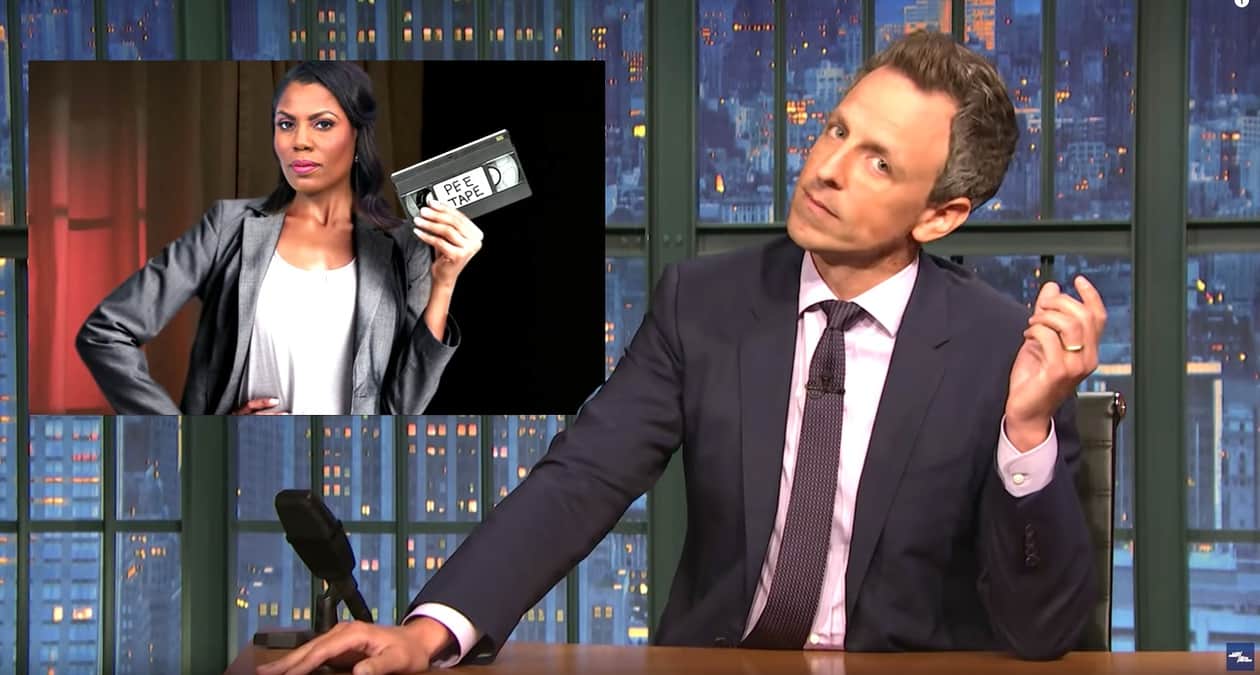 Said Meyers: “You think you could arrest Omarosa?!? This is a person you tried to fire four times and you still can’t get rid of her! If you threw Omarosa in jail, she would tunnel her way out with a spoon Shawshank style. And when you woke up the next morning, she’s gonna be standing over your bed with a copy of the Russian Pee Tape.”

Meyers then examined Lara Trump’s offer to Omarosa that she could have a job on the campaign to keep her quiet, and the recording of that offer in which Trump added up the offer on the phone call.

Quipped Meyers: “Maybe next time you’re offering hush money to keep them quiet, do the math before you get on the phone.”

Added Meyers: “So first, they hire Omarosa. Then they fired her. Then they try to hire her again to buy her off. This is how Trumpism works. Everyone is conning everyone else.”

In Meyers’ monologue, he also touched on Omarosa, Tom Arnold, Mike Pence, freedom of the press, and Trump’s military parade.

Said Meyers: “Democrats and some Republicans are voicing concerns about President Trump’s proposed military parade, and feel the event may come off as totalitarian. Ya think? That’s like someone being worried that the Pride Parade is going to come off as a little bit gay. That’s what they were going for!”

Previous Post: « Sam Smith Teams Up with Calvin Harris for Late Summer Jam ‘Promises’ – WATCH
Next Post: Man Arrested After Threatening to Bomb Apartment Complex for Gay Men with HIV, Promising to ‘Kill All You People’ »