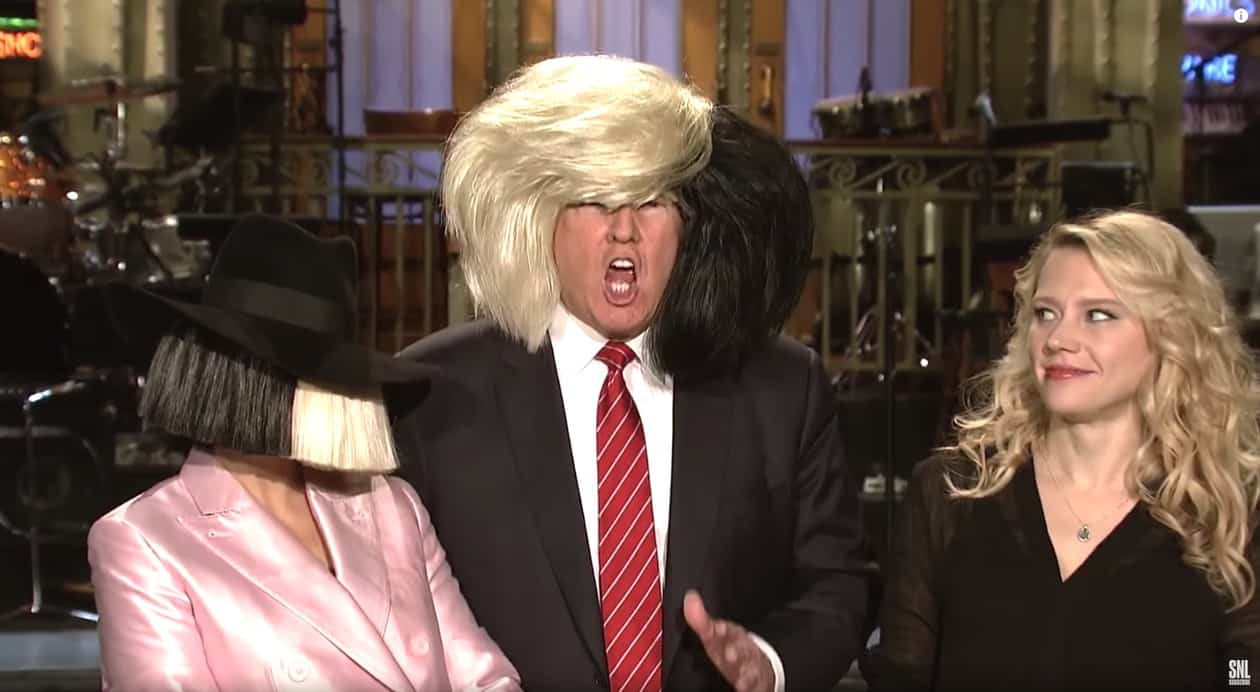 In a new profile, Sia told Rolling Stone she turned down a photo with Donald Trump when they guest-starred on Saturday Night Live together in 2015.

She said she ran into Trump and Ivanka on the way to her dressing room after her performance, and Trump said “We’ve got to get a photo!”

Sia replied, “Actually, do you mind if we don’t? I have a lot of queer and Mexican fans, and I don’t want them to think that I support your views.”

Trump, who “didn’t seem angry or hurt in the slightest” according to the magazine, replied, “Oh, no problem. Then don’t.”

“It was as if he viewed me as protecting my brand,” explained Sia, adding that “He respected that.”

“I was like, ‘Thank you so much,’ and then I went into my dressing room and had crazy diarrhea.”