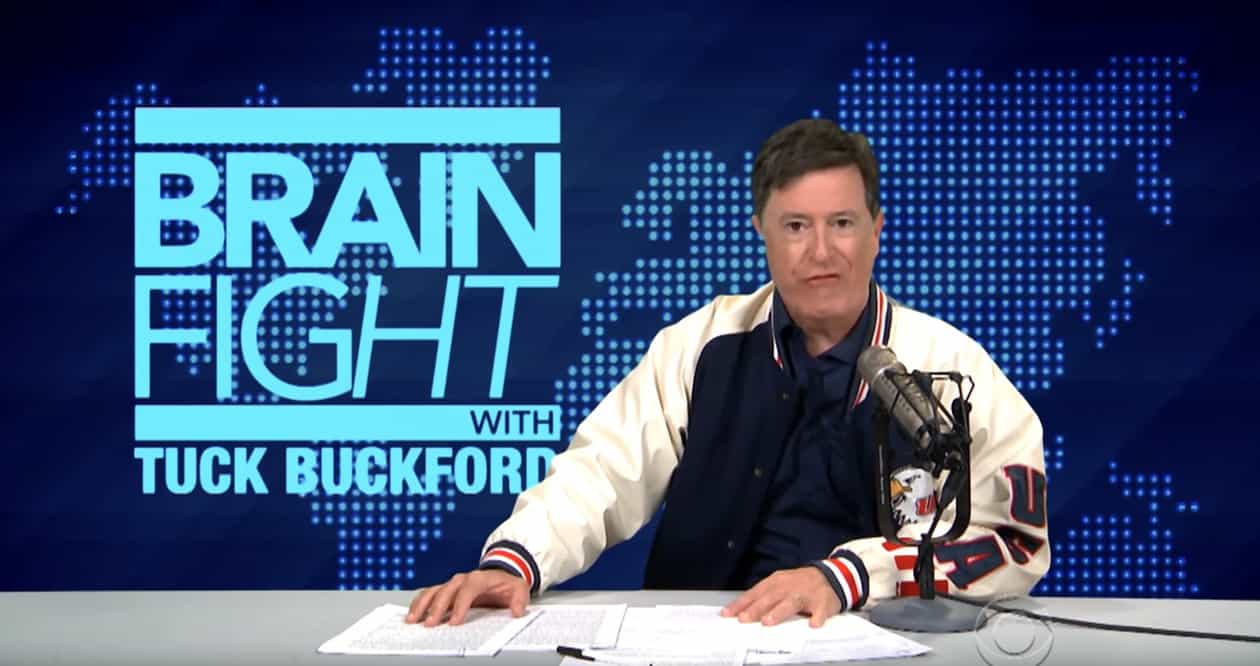 “Folks, there was some bad news recently for extreme right-wing conspiracy theorist and bath salts spokesmodel Alex Jones. Because it looks like his website Infowars just lost their war on info,” said Stephen Colbert at the opening of a segment in which he transformed into Jones-like talk show host Tuck Buckford.

“Why now? Why did this happen now?”, Colbert continued, noting that Jones has been banned by Apple, YouTube, Spotify and others. “Alex Jones has been spreading vile conspiracy theories that hurt real people for years. Well, Jones earned this latest scrutiny when he addressed Russia investigation Special Counsel Robert Mueller on his show, imitated firing a gun, and said, ‘You’re going to get it, or I’m going to die trying.'”

Quipped Colbert: “OK, that is awful, but it’s actually pretty close to my message to Mueller: ‘You’re going to get him , or I’m going to die crying.'”

Colbert then introduced his “colleague” Tuck Buckford, the host of Brain Fight.

Said Colbert as Buckford: “Listen up, Brain Fight nation, the Brain Fighters, the Brain Nation, the skull meat, let’s talk about the elephant in the room. The martyrdom of old Tuck Buckford at the hands of Silicon Valley snow boys and soy flakes. It’s a slippery slope. If they can de-platform Tuck Buckford, next thing you know they’ll be coming after me for so-called child support which I ‘owe’ to my ‘ex-wife’ who I ‘miss desperately.'”

Added Colbert: “President Trump, I need you to do the right thing, all right? Help Tuck. Venmo me fifty bucks, or China will win the midterms.”